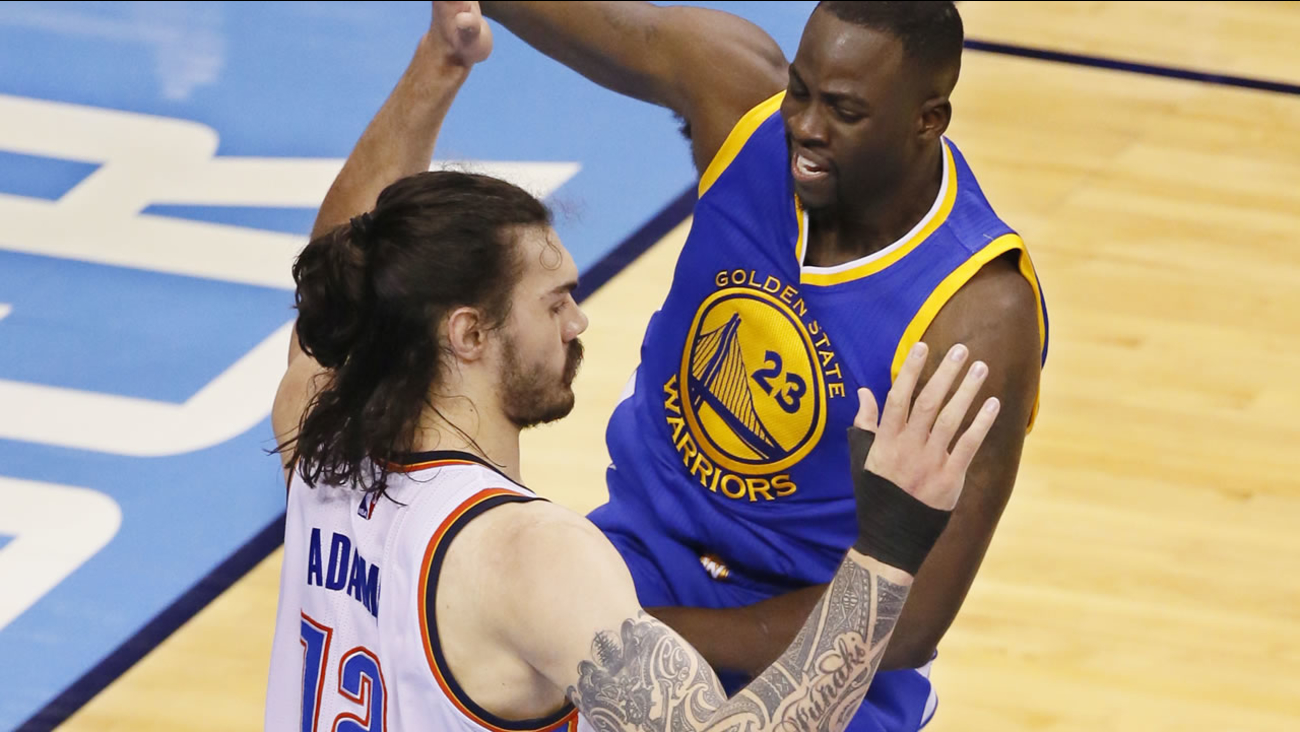 Warriors' Draymond Green fouls Thunder's Steven Adams in the first half in Game 3 of the NBA basketball Western Conference finals in Oklahoma City on May 22, 2016. (AP Photo)

Green kicked Thunder's center Steven Adams in the groin area in the first half of Sunday night's Game 3 blowout loss in Oklahoma City.

Draymond Green defends himself by saying his kick on Steven Adams was an accident. pic.twitter.com/uxVtqgKHzj

The Dubs All-Star says the kick was accidental.

The NBA had the option of deciding to suspend Green for Game 4 and/or fine him.

The NBA released a press release saying Green's flagrant foul on Adams has been upgraded to a Flagrant Foul 2, and that he has been fined $25,000. "After a thorough investigation that included a review of all available video angles and interviews with the players involved and the officials working the game, we have determined that Green's foul was unnecessary and excessive and warranted the upgrade and fine," Basketball Operations Executive Vice President Kiki VanDeWeghe announced.

The following was released by the NBA: pic.twitter.com/Zio6qZqzPP