KGO
By Eric Thomas
YOUNTVILLE, Calif. (KGO) -- State Route 121 at State Route 12, known as the Sonoma-Napa County Junction, has been closed by the CHP due to flooding and the water level is only expected to get worse.

Heavy rains pounded Hopper Creek in Yountville on and off for most of Friday, prompting neighbors to keep a worried eye on the rising water.

"It's kind of exciting, but scary at the same time," said Sara Pack, who lives in Yountville.

Many went down to the creek to see how high it is and to guess how close it will come to their home.

"We've had it come all the way up to the door. We've had to get sandbags before," said Juan Caldillo, who also lives in the area.

"It doesn't do any damage, it just makes a little mess and gets wet and muddy," he said.

A million dollar drainage project has widened the channel, and although it has reduced the risk to homes, neighborhood streets are another matter.

"I think we would say we're on the storm watch like everybody else. We have the potential, the crest is swollen and the ground is saturated. If we get a peak storm cell in the hills or something, it could have an affect," said City Manager Steven Rogers.

Dry creek in Yountville swollen and headed for crest. pic.twitter.com/PwBWe8zEhZ

Sign on Mulberry St in Yountville where Dry Creek may flood. pic.twitter.com/jUlXXbM5cE

This will take awhile in #MillValley pic.twitter.com/S8ldrNNJOM

Near summit rd and hwy 17 Chp puts out flares as precaution for drivers to take it slow pic.twitter.com/G98Q2Fizl8

Flash #Flood Watch for flooding that happens while it's still raining continues for many neighborhoods. #bayarearain pic.twitter.com/0SZ4MXLhb0 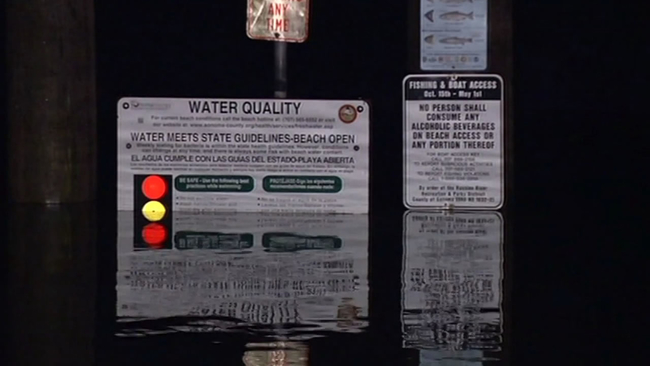 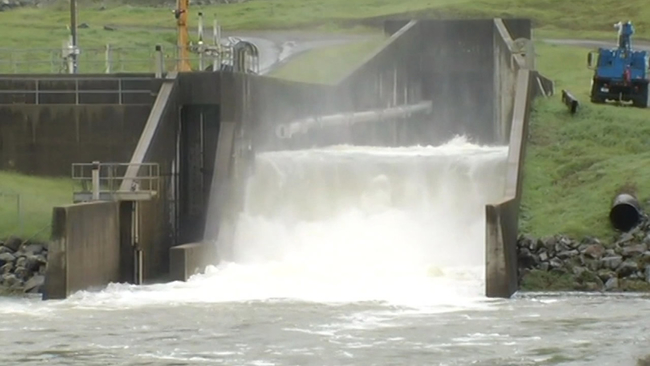 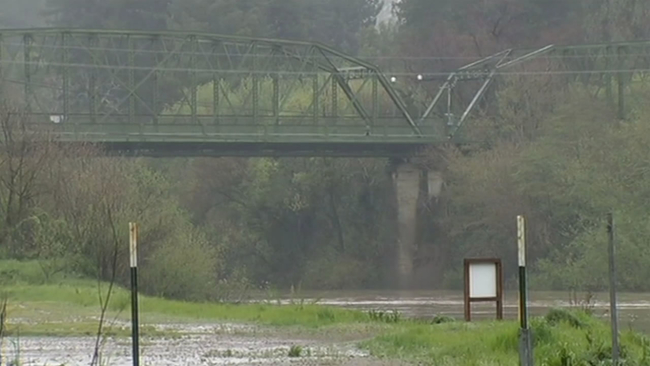