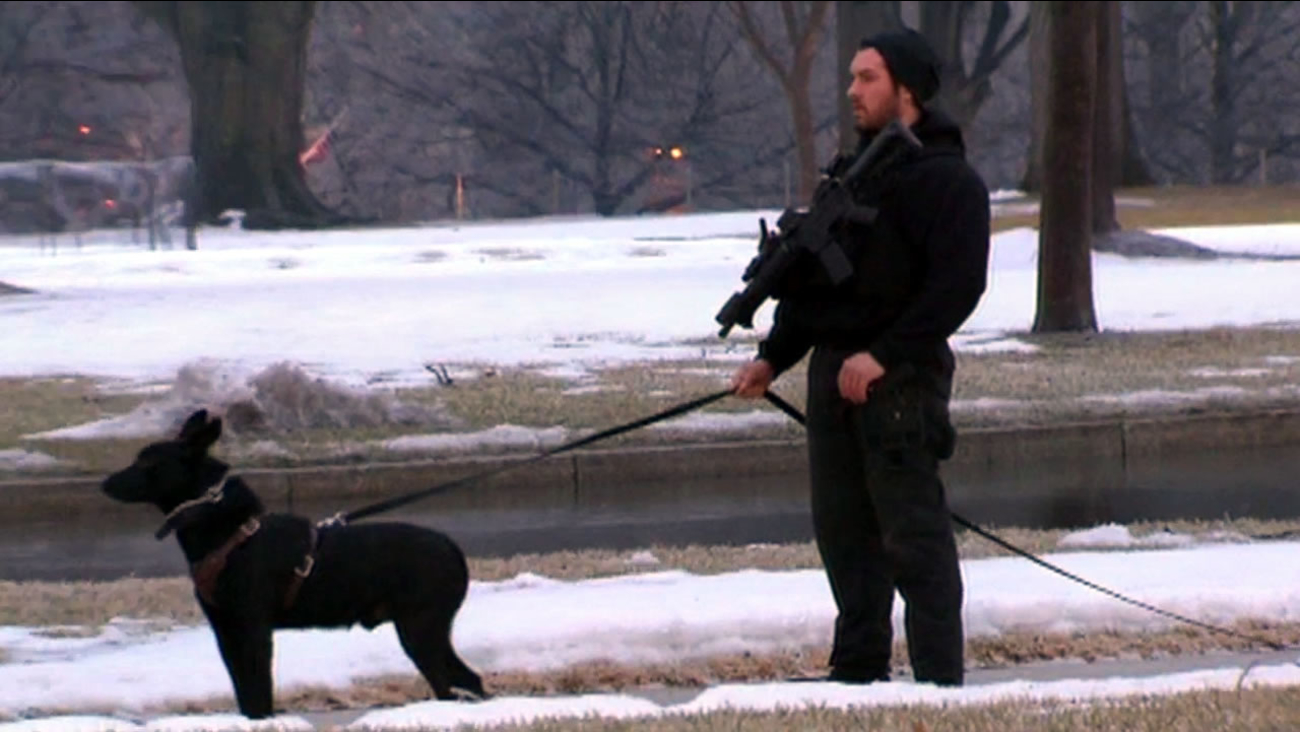 A guard stands watch with a police K-9 outside the White House in Washington on April 19, 2015. (KGO-TV)

Jerome Hunt, 54, is accused of climbing over a fence on the south side of the White House at about 10:25 p.m. Sunday.

Hunt was immediately arrested after getting over the fence, according to the Secret Service.