KGO
By Lyanne Melendez
BERKELEY, Calif. (KGO) -- UC Berkeley students have been engaged in conversation regarding a new group that formed on Saturday. It calls itself the White Student Union on Facebook, but no one has seen them on campus. Their existence has created a lot of controversy. 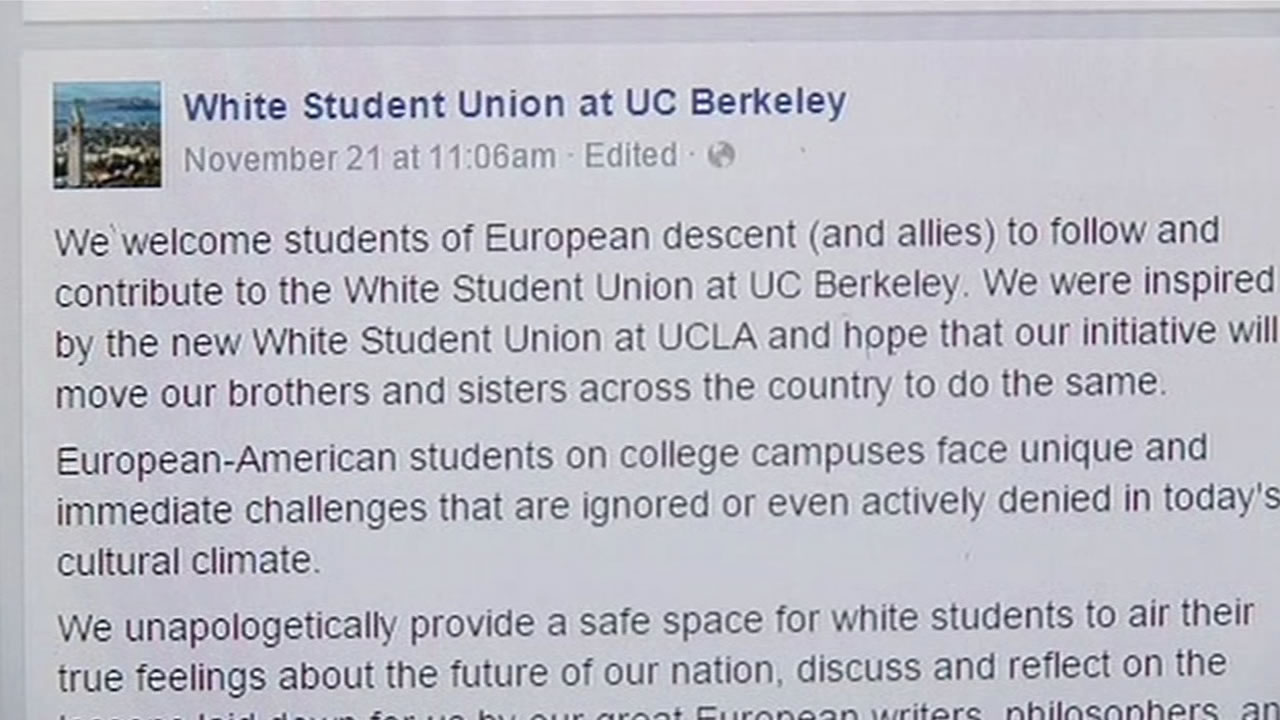