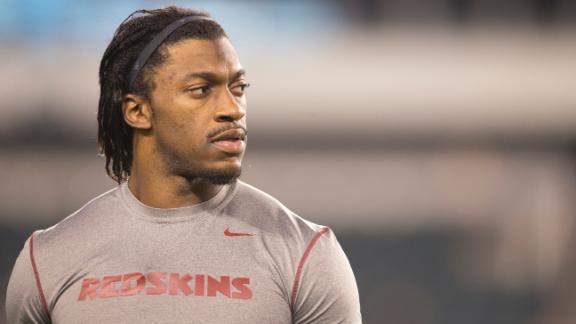 Referencing "The Paradoxical Commandments," which was written by Keith in 1968 and is based on a poem by Mother Teresa, the letter appeared underneath a frame with Bible verses from Philippians.

The letter was put up in Griffin's locker earlier this season, according to ESPN's John Keim. Griffin left it there as the Redskins cleaned out their lockers Monday following the end of their season.

Approached by reporters, Griffin declined to take questions, saying only: "I don't plan on talking."

Redskins linebacker Keenan Robinson took to Twitter and referred to the letter as another example of the professionalism and class Griffin displayed this season after losing his starting job to Kirk Cousins.

Defensive end Kedric Golston also commended Griffin, noting that the NFL can be humbling even for a Heisman Trophy winner and first-round pick.

"The difference with Robert was he had every eye, every camera on him when he's going through that process, and that's tough," Golston said. "You get in a situation where you can do no right, no matter what you do. That's tough. This league will do that to everybody. It will humble you."

Griffin's tenure with the Redskins is likely over after Washington's 35-18, wild-card defeat to the Green Bay Packers on Sunday. Before pregame warm-ups, the quarterback looped around the field and stopped often to sign autographs, pose for pictures and chat with well-wishers.

A lightning rod for controversy during his first three seasons, Griffin stayed in the background in 2015, inactive for 16 of his team's 17 games after losing his starting spot two games into the preseason.

The Redskins will need to cut Griffin or pay him the $16.2 million option they picked up for 2016. They have until March 9 to release him.

"I know he grew a lot being a third-string quarterback here," coach Jay Gruden said. "A different system, different terminology and things that were new to him, but I think with the skill set that he has and what he learned from the Shanahans and the new stuff that he learned from us, I think will make him a better quarterback wherever he goes, however it works out for him."

Griffin had provided diminishing returns since leading the Redskins to the playoffs in his rookie season of 2012, with career totals of 8,097 yards, 40 touchdowns and 23 interceptions.

Information from ESPN's Jason Reid and The Associated Press contributed to this report. 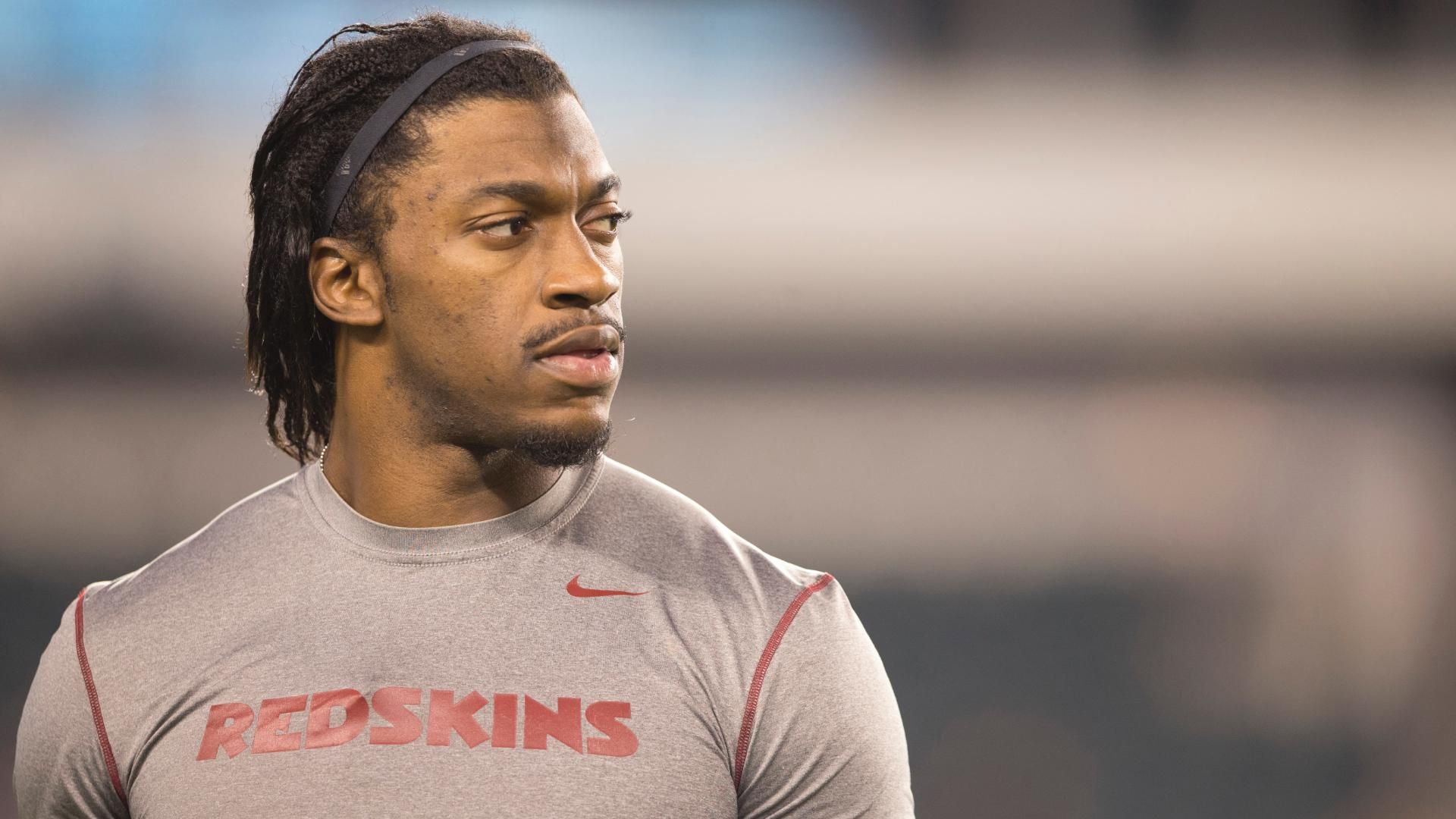 Stephen A: RG III still has some growing to do
Stephen A. Smith and Skip Bayless react to Redskins QB Robert Griffin III leaving a letter at his locker rather than talking to reporters, and give their take on which team would be the best for him.
Related topics:
sportsespnletternfllockerwashington redskinsrobert griffinrg iii
Copyright © 2020 ESPN Internet Ventures. All rights reserved.
More Videos
From CNN Newsource affiliates
TOP STORIES