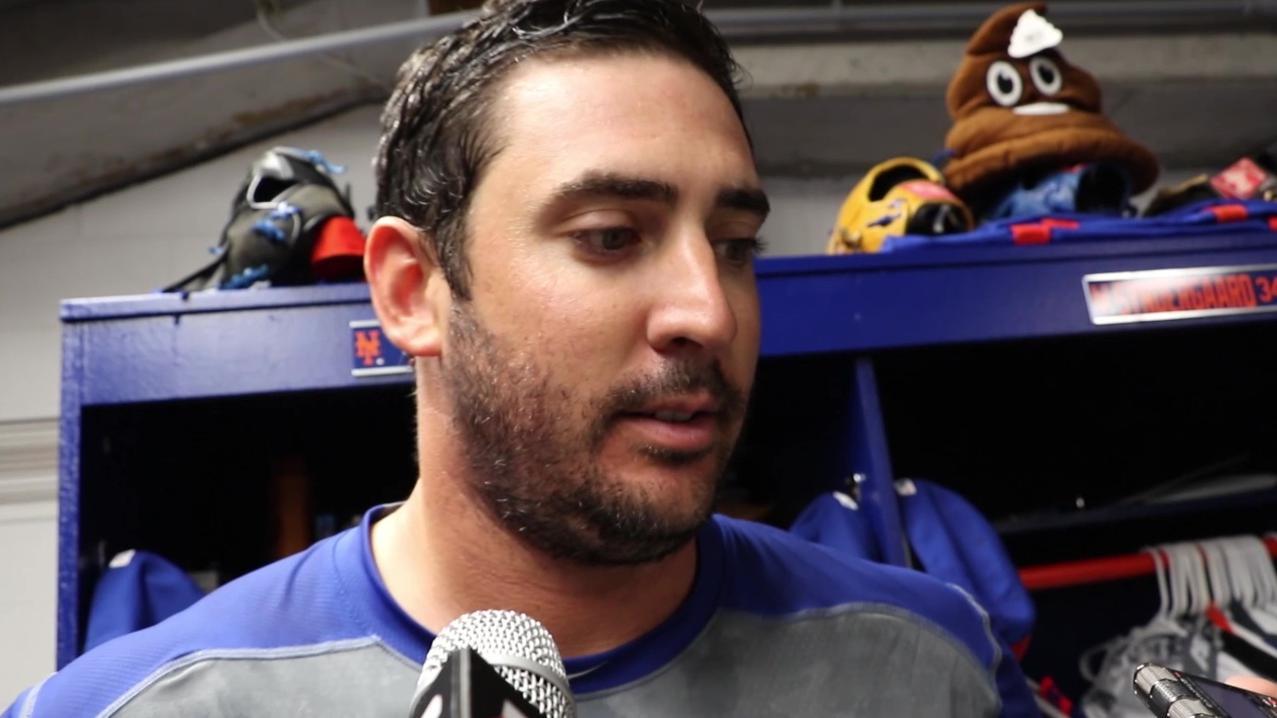 PORT ST. LUCIE, Fla. -- New York Mets right-hander Matt Harvey will not have to wait for a rematch with the Kansas City Royals.

Manager Terry Collins has named Harvey his starting pitcher for the April 3 opener at Kauffman Stadium on ESPN Sunday Night Baseball, in a rematch of last year's World Series.

"It's a huge honor," Harvey said Thursday morning. "Looking around the locker room, looking at this corner, obviously Terry could have announced anybody. So for me getting the nod, it's a huge honor. It's all about how we start and come out. I definitely feel, a year after surgery, I'm definitely 100 percent and happy about the honor and definitely ready for the battle."

Captain David Wright noted that any of the Mets' starting pitchers -- Harvey, Jacob deGrom, Noah Syndergaard, Steven Matz or Bartolo Colon -- would have been worthy.

"Flip a coin," Wright said. "You could go with anybody and there would be no argument. But I think Matt, as far as the young guys go, certainly deserved it. Although he's relatively young, his work ethic, the results, his success -- you can't make a wrong decision there -- but I think he's well-deserving."

Harvey had successfully lobbied Collins to remain in for the ninth inning of Game 5 of the World Series at Citi Field. He was charged with two runs in that frame in an eventual 12-inning loss that resulted in the Royals' coronation.

"It's kind of interesting how the schedule worked out with that," Harvey said about an Opening Day interleague game pitting the World Series opponents against one another. "It's going to be a fun time. I think we're all excited. We're all getting to a good place in camp where everything is kind of coming together. I think it's going to be a great atmosphere, obviously, going to Kansas City. Playing against them, it's going to bring back a lot of memories, but it's also going to bring back a lot of fire."

Collins did not name the rest of the opening-week rotation, but the staff has it internally mapped out. The manager suggested that deGrom is the likely Game 2 starter in Kansas City. But Collins wants to hold off making that announcement because deGrom's wife Stacey is expecting the couple's first child during the opening week of the regular season, which may limit his availability.

Since the Mets only play twice during the opening five days of the season, Collins indicated that the team will likely use two starting pitchers in the second game in Kansas City. Assuming deGrom's is available, that could mean he and Steven Matz will face the Royals on April 5, with Noah Syndergaard then getting the April 8 home opener against the Philadelphia Phillies.

In a potential dry run of that two-starter setup, Matz is following deGrom in Thursday's Grapefruit League game against the Miami Marlins in Jupiter.

In his first season back from Tommy John surgery, Harvey went 13-8 with a 2.71 ERA in 29 regular-season starts in 2015. Including the postseason, he logged 216 innings -- the most ever by a pitcher in his first year back from the elbow procedure.

"Going from missing a whole year to kind of having to re-establish myself and getting back to where I needed to be, and now having the honor of leading us off, I couldn't be more proud and happy of the hard work and for this organization giving me that opportunity," Harvey said.