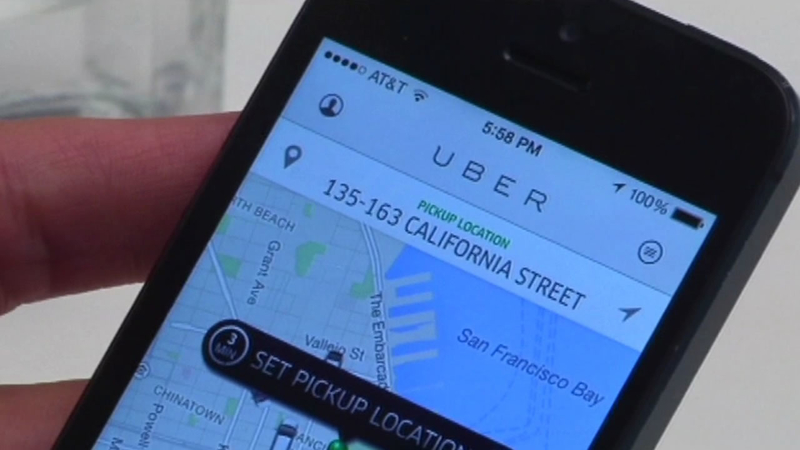 SACRAMENTO (KGO) -- Uber, the car-sharing company, says even though one of its drivers was behind the wheel, it is not responsible for the death of 6-year-old Sophia Liu.

She was killed by an Uber driver. The accident is spurring an effort to require greater insurance coverage for Uber drivers and others like them, even when they're not carrying passengers.

The Liu family is still in mourning over the loss of their little girl, but they did make the trip to Sacramento on Wednesday to push for legislation they hope will help other families in the future.

Six months after they lost their 6-year-old daughter on a San Francisco street, the family of Sofia appeared at the state capitol to push for an assembly bill that would close what's being called an insurance gap for Uber drivers and others like them.

Sofia's mother, Ang Liu, described what happened New Year's Eve through a translator. Liu said, "Suddenly a car come from the left, hit into Sophia, smashed into me and knock Anthony to the ground. It all happened in an accident, but I saw the driver looking down at his phone. His face was lit up by the light of his phone."

The Uber driver did not have a passenger and was not summoned to a pick up at the time of the accident, but according to court records, he did have his Uber app on.

"What they said to this family is 'Too bad your daughter got killed by one of our drivers, but don't look to us because we're not responsible,'" Liu family attorney Christopher Dolan said.

"We do believe in insurance," Uber Spokesperson Eva Behrend said.

But an Uber spokesperson claims its drivers are already fully insured by their personal insurance when not on a trip and then through the company's $1 million commercial policy once they're matched with a passenger.

"In the time the app is turned on, we do have insurance, it kicks in should the personal insurance not kick in, and from the time the ride is accepted, we do have a $1 million commercial policy, so we do believe in insurance," Uber Spokesperson said.