OF Rajai Davis to join Athletics on 1-year, $6 million contract 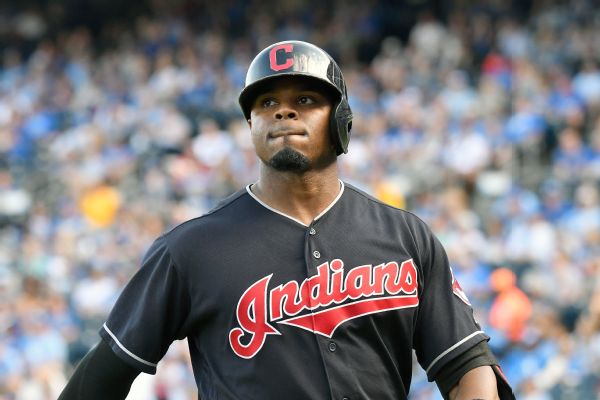 The Oakland Athletics said they have agreed to a deal with former Cleveland Indians outfielder Rajai Davison a one-year contract that a source told ESPN's Jim Bowden is worth $6 million.

Davis, 36, who revived his career in his first season with Cleveland, was one of the crucial players who helped get the Indians to the World Series. He led the American League with 43 steals and helped solidify the outfield when All-Star Michael Brantley wasn't able to come back from shoulder surgery.

Davis became the fourth-oldest player to lead the league in steals after Hall of Famer Rickey Henderson in 1998 and Eddie Collins from 1923 and '24.

Davis struggled in the playoffs, but he provided a magical moment in Game 7 of the Series. Davis connected on a two-run homer off Cubs closer Aroldis Chapman to tie it 6-6 in the eighth inning before the Indians lost 8-7 in 10 innings. Cleveland failed in its attempt to win its first World Series title since 1948.

Even though a qualifying offer wasn't extended to Davis, Indians president Chris Antonetti said the team had strong interest in re-signing him. Davis finished the season with 12 homers and 48 RBIs in 454 at-bats.

Davis spent parts of the 2008-10 seasons with Oakland. General manager David Forst wanted to add depth to the outfield during the offseason.

"I am very excited to add a guy like Rajai to our team and to our lineup,'' catcher Stephen Vogt said in a text message to The Associated Press. "He brings a lot of experience and excitement to our team and clubhouse and will help add to a good atmosphere. It's exciting to have a guy that could steal 40-plus bases. I have always thought he was tough to play against, so I'm excited to have him on our side now!''