After weeks in limbo stemming from revelations of sexual misconduct by one of its stars, the TLC reality show "19 Kids and Counting" is officially dead.

TLC is not moving forward with an 11th season of "19 Kids" featuring the Duggars, whose show "will no longer appear on the air," the network told The Associated Press on Thursday.

"We spent the past month and a half in thoughtful consideration about what is the best way forward here," said Marjorie Kaplan, group president of TLC, Animal Planet and Velocity networks.

The Duggar family released a statement about the news saying that they are thankful to TLC. They also said that they have "found healing" from the situation and hope others can as well.

"With God's grace and help Josh, our daughters and our entire family overcame a terrible situation, found healing and a way forward," they wrote. "It is our prayer that the painful situation our family went through many years ago can point people toward faith in God and help others who also have lived through similar dark situations to find help, hope and healing, as well."

In a move to redirect the attention and public outcry, TLC also announced it has teamed with two prominent child-protection organizations for an ongoing campaign to raise awareness about child sexual abuse.

The multi-platform initiative will begin with a one-hour, commercial-free documentary likely airing in late August, the network said. It will include the participation of Jill and Jessa Duggar, two of the sisters Josh Duggar touched inappropriately, as well as other survivors and families affected by such abuse.

"We look forward to working with TLC on this upcoming special documentary and hope that it is an encouragement to many," the family wrote in their statement.

PHOTOS: Duggar family through the years

Since 2008, the series - TLC's most watched, averaging 3.2 million viewers - had chronicled the family life of Arkansas couple Jim Bob and Michelle Duggar and their children, now numbering 19. It was pulled from the network in May when reports surfaced that 27-year-old Josh Duggar, the oldest child, had fondled four of his sisters and a baby sitter a dozen years earlier, when he was a teenager. He has never been arrested or charged in connection with the molestations.

Josh Duggar apologized for unspecified actions on a Facebook post and resigned from the Family Research Council, a conservative Christian group, where he had worked as a lobbyist.

Two weeks later, the Duggar parents were interviewed on Fox News Channel, as were Jill and Jessa Duggar, who said they weren't aware the fondling had happened until Josh confessed years later and their parents told them about it.

The show had ended its 10th season when the scandal broke; Hulu quickly pulled it from its offerings.

"We took it as an opportunity to step further than just 'How do we protect ourselves?' and step into 'How do we protect our audience and protect children?'" Kaplan said. "Our hope is to do more of that, in a way that's thoughtful and respectful of the victims of child abuse - in the Duggar family and across America."

TLC is partnering with Darkness to Light, whose mission is providing interested parties with techniques for protecting children from sexual abuse, and RAINN (Rape, Abuse & Incest National Network), which describes itself as the nation's largest anti-sexual-violence organization.

"We anticipate this will be a long-term partnership with them," Kaplan said.

"The goal is to take what has been a difficult and painful experience, and focus that attention on the really critical issue of child protection and child sexual abuse," she said, adding that several filmmakers are under consideration for the planned documentary.

Kaplan admitted to having been "completely unaware" of the pervasiveness of child abuse.

"I have learned a lot about this issue since," she said, citing incidence figures as high as one among every 10 young people.

"This is a fundamental problem in this country, so we've become quite passionate (at TLC) about making sure that we educate people," she said. "We feel like we have a real obligation and an opportunity to create a moment here for people to be educated and for victims to find ways to come forward."

When asked the Duggars' response to having their long-running show axed, Kaplan pointed to the expected participation in the documentary by two of the family's affected daughters.

"They're interested in putting the focus on this issue, too," she said.

While it's hardly typical for any network to drop its biggest show, this is not the first time Kaplan has pulled the plug on a successful series suddenly caught up in scandal.

Last October, TLC yanked its reality series about child beauty-pageant contestant Honey Boo Boo and her Georgia family after the completion of filming an upcoming season of "Here Comes Honey Boo Boo." While the network didn't identify a reason for the cancellation, it came after published reports that the family matriarch, June Shannon, was dating a convicted child molester.

"TLC is faithfully committed to the children's ongoing comfort and well-being," TLC said in a statement.

TLC is in the midst of repositioning itself as "a brand with purpose," said Kaplan, since 1997 an executive with parent Discovery Communications who took over TLC a year ago.

One example: "I Am Jazz," a sensitive, illuminating unscripted series about transgender teen Jazz Jennings and her close-knit family. It premiered this week.

"It's no secret that '19 Kids and Counting' was a really, really hit show," said Kaplan, acknowledging the scale of that loss. "But we have some other great shows, both on the air and in the pipeline."

Photos: Duggar family over the years 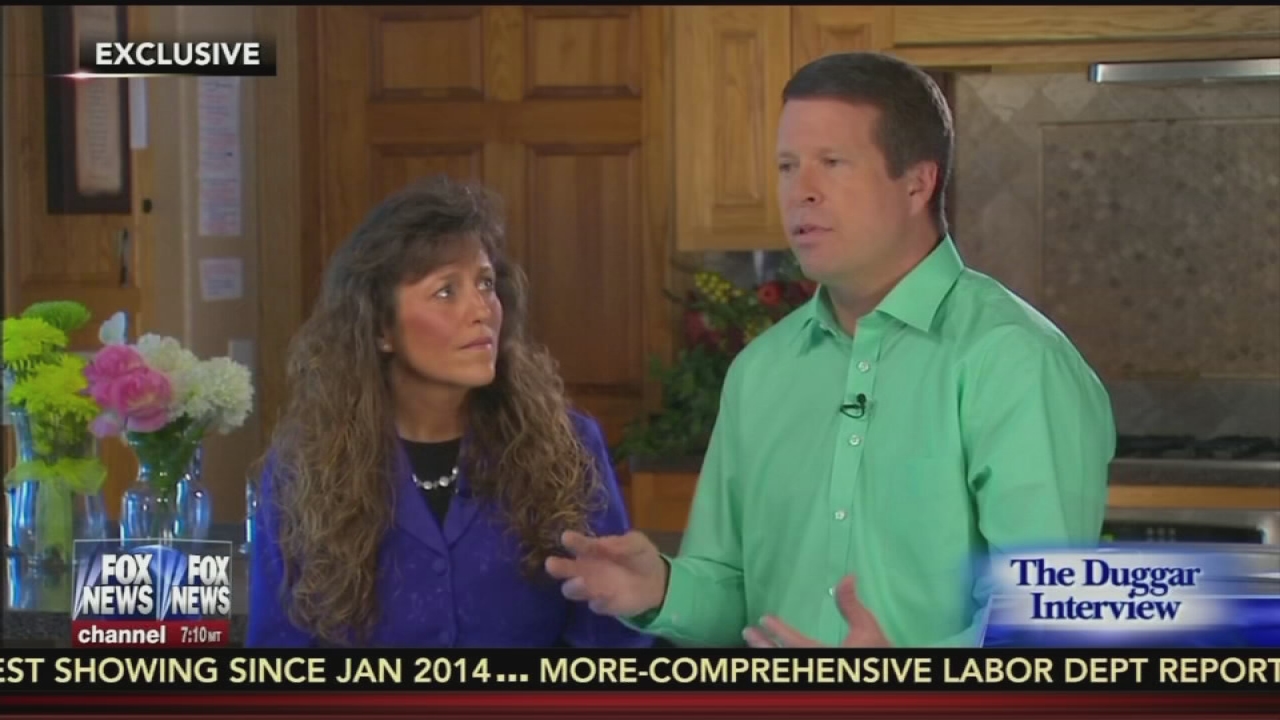 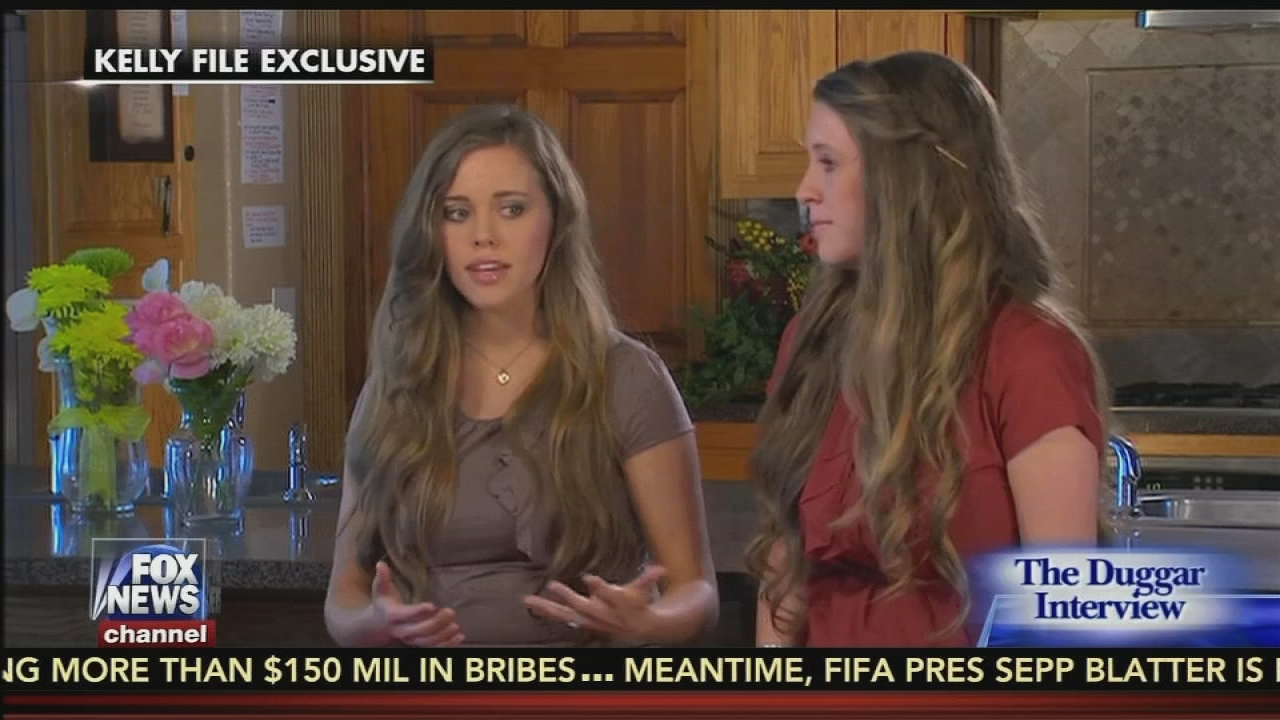