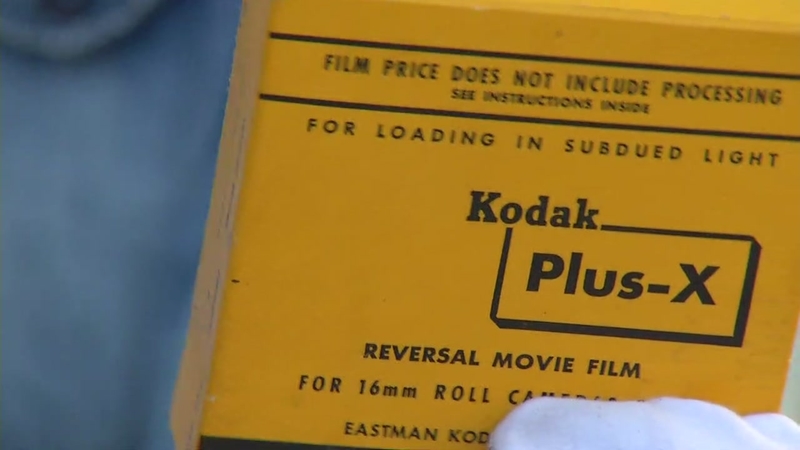 SAN JOSE, Calif. (KGO) -- San Jose officials unveiled two 1959 time capsules that was found at the former Agnews Developmental Center, which is being demolished to make way for parkland.

2 time capsules about to be opened set in cornerstones in ‘59 at Agnews Development Center. One is empty but 2nd has a vault. Stay tuned! pic.twitter.com/PQBGJbjraZ

The first one turned out to be a disappointment. Similar to the 1986 live TV special in which Geraldo Rivera created suspense about a vault belonging to crime figure Al Capone, only to find it filled with debris, the first cornerstone had no fault behind it. Two matchbook covers were found, one for a defunct bowling alley and one for a Los Gatos restaurant that is still in operation -- The Cats.

The second copper vault, sodered shut, was moved gingerly from behind a second cornerstone. It took quite a bit of work to pry the vault open. Inside was a variety of 1959 newspapers, a reel of 16mm film, a two-volume set of the California state budget, a folder containing menus for patients, a copy of the building dedication program, a 1959 penny, and a list of Agnews employees.

The contents will be turned over to History San Jose. The opening of the time capsule was intriguing to two former executive directors of Agnews, Keri Pronunier-McLain and Angela Vrbanac-Libby.
Agnews closed in 2009. It first treated patients with mental illness; later, it served individuals with disabilities. The site is being turned into parkland by the City of San Jose and for school buildings by the Santa Clara Unified School District.

If this has kindled an interest in learning more about Agnews. There is an Agnews Museum at 1250 Hope Drive, off Lick Mill Rd., in Santa Clara that is filled with relics from the old facility and its history. It is open every Friday from 10 a.m. to 2 p.m. Docents, who are former Agnews employees, provide insight into the collection and the operation of Agnews.