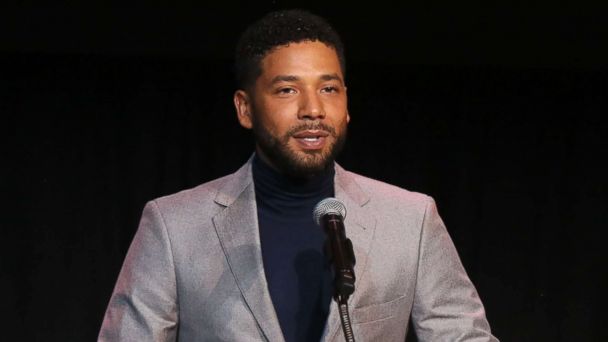 Celebrities and lawmakers showed an outpouring of love and support for actor and LGBT rights advocate Jussie Smollett on Wednesday after he was allegedly attacked in a possible hate crime in Chicago.

Superstars like Janet Jackson, Cher and Ellen DeGeneres tweeted words of encouragement for the 36-year-old "Empire" actor after news broke that he'd been attacked by two men who allegedly placed a noose around his neck.

Jackson posted an image of herself and Smollett on Twitter Tuesday afternoon, telling the actor that she was sending him love and prayers along with a purple heart emoji.

DeGeneres also showed her support for Smollett, who she said came out on her show four years ago.

"Four years ago, @JussieSmollett came out on my show. I'm sending him and his family so much love today," she tweeted.

Cher struck a much more serious chord in her tweet, calling the attack a example of the "villany, racism and homophobia" that's plaguing America.

Author and "Fix My Life" coach Iyanla Vanzant struck a similar tone in her tweet on Tuesday.

"Let us call "a thing" a "thing"! A noose around the neck is for lynching. Bleach turns black to white," Vanzant said. "Whether or not it was MAGA, it was violent and racist and homophobic- - - PERIOD! Lift Jussie in prayer and find the racist homophobes -PERIOD!"

Well-known lawmakers and politicians, including Rep. Maxine Waters, D-Calif., House Speaker Nancy Pelosi, D-Calif., and former Vice President Joe Biden, also tweeted support for Smollett, while others used the moment as opportunity to speak out against racism and homophobia.

"Jussie is my friend - a very talented & beautiful human being. It is so hurtful that homophobic haters would dare hurt someone so loving and giving," Waters said in a tweet. "I'm dedicated to finding the culprits and bringing them to justice. Jussie did not deserve to be harmed by anyone!"

Smollett was treated and released from a Chicago-area hospital after the Tuesday morning attack and was reportedly recovering at home.

The singer told police that the men hit him, poured "an unknown chemical substance" on him, possibly bleach, and wrapped a rope around his neck, Smollett told police. The rope was still around Smollett's neck when he was found, officials said.

In a follow-up interview later, he told investigators that the suspects yelled "MAGA country" during the attack.

Here's a look at some of the other politicians and Hollywood stars who condemned the violent attack.
Report a correction or typo
Related topics:
abc newsnational
Copyright © 2021 ABC News Internet Ventures.
More Videos
From CNN Newsource affiliates
TOP STORIES