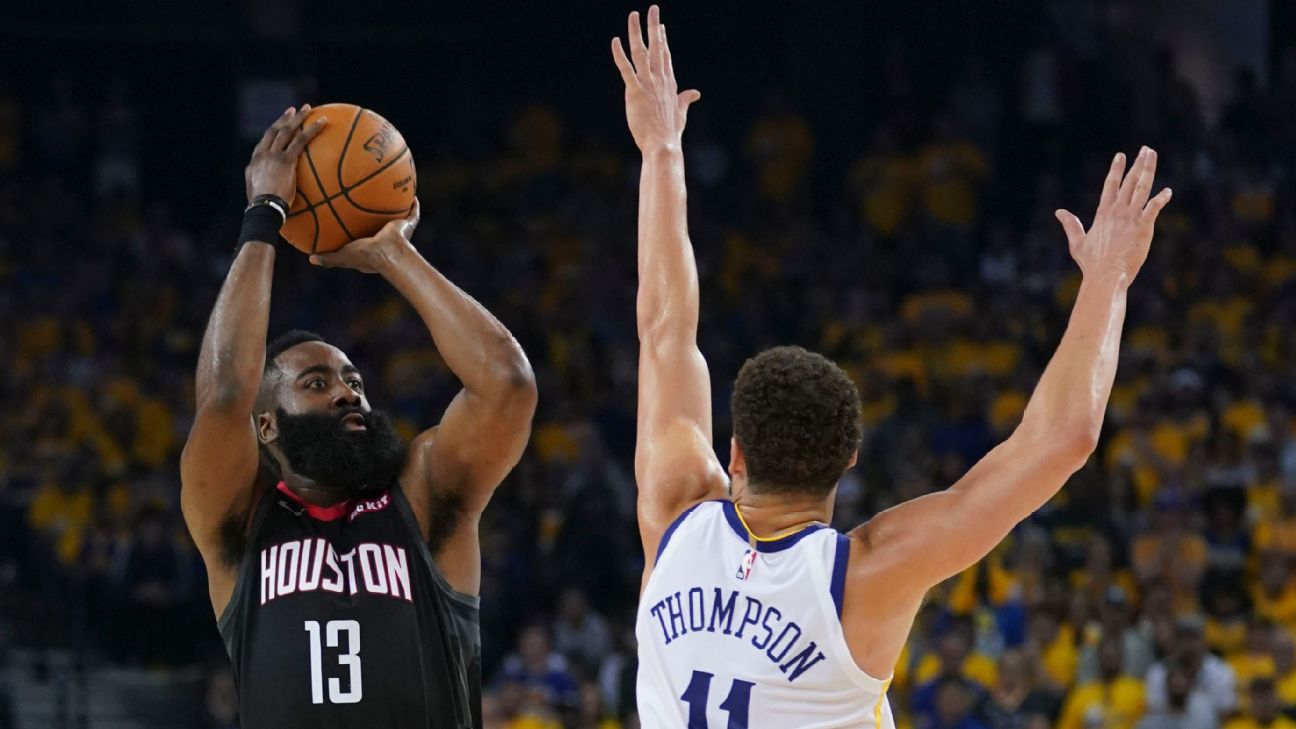 OAKLAND, Calif. -- Houston Rockets guardJames Harden pleaded for a "fair chance" from officials after Houston's 104-100 loss to the Golden State Warriors in Sunday's Game 1 of the Western Conference semifinals.

Harden and the Rockets were specifically upset about what they believed were several incorrect non-calls on his 3-point attempts, on which the Warriors were allowed to close out without giving Harden the required landing space. According to Harden and coach Mike D'Antoni, the referees admitted at halftime that they missed four such calls in the first half.

"I'm going to try to be a nice guy because I really don't want to give the charity to them. I'd rather have my charity have the money," D'Antoni said, referring to a potential fine for criticizing officiating. "So, I mean, the response was they came in halftime and said they missed them. That's what they told me. They missed four of them. That's 12 foul shots. So be it. They're trying to do the best they can do."

Harden also thought he got fouled on a pair of 3-point attempts in the second half, including by Draymond Green on a potential game-tying attempt with 7.4 seconds remaining. Klay Thompson was the defender on the other non-calls that upset the Rockets.

Joe Borgia, the NBA's senior vice president of replay and referee operations, later told NBA TV that Green did not foul Harden on his last 3 attempt because Green was going across, not into, Harden's path, and Harden "jackknifed" his body so his feet made contact with Green.

Harden was 13-of-14 from the line, but the Warriors were called for only one foul when he attempted a 3-pointer. That occurred in the first quarter, when Harden's shooting arm was clearly hit by Golden State forward Alfonzo McKinnie.

Harden referenced the series-ending injury suffered by Kawhi Leonard in theSan Antonio Spurs' Game 1 loss to the Warriors in the 2017 Western Conference finals, on which he landed onZaza Pachulia's foot after shooting a jumper, as a reason referees need to be vigilant about enforcing the rule requiring 3-point shooters to have space to land.

"We all know what happened a few years back with Kawhi," Harden said. "That can change the entire series. Just call the game the way it's supposed to be called, and we'll live with the results. It's plain and simple."

Rockets guard Chris Paul and D'Antoni were called for technical fouls for protesting a non-call after Paul made a 3 with 35.4 seconds remaining in the third quarter. They were irate that Golden State guard Shaun Livingston was not whistled for not allowing Paul any landing space.

Paul was ejected after receiving his second technical foul with 4.4 seconds remaining. He appeared to make contact with referee Josh Tiven. Asked about the incident, Paul said, "I ain't seen it yet."

Team sources believe that any contact between Paul and Tiven was minimal and inadvertent and should not merit any discipline from the league office.

Harden, who has led the league in free throws attempted and made in each of the past five seasons, gets fouled while shooting 3s far more than any other player in the league, in large part because his step-back is so difficult to contest without making contact.

According to ESPN Stats & Information research, officials called fouls on Harden 3s 95 times during the regular season and five times in the Rockets' five-game first-round series against the Utah Jazz.

"All I'm going to say is we've been getting [those calls] all year," said Rockets guard Eric Gordon, who had 27 points. "It should be no different now."

During the second half, Jazz center Rudy Gobert chimed in via Twitter on the inconsistency in how Harden was being officiated.

Green was a dominant force with 14 points, nine rebounds and nine assists while anchoring the Warriors' defense as a small-ball center in Game 1. He scoffed at Harden's take that he didn't get a fair whistle.

"I think we can all sit here and complain about calls after every game. That's just the nature of the game we play. Refereeing is an inexact science. So it is what it is."

Green strongly hinted that Harden causes most of the contact on his 3-point attempts.

"Gotta contest the shot," Green said. "When you land 3 feet ahead of where you shoot the ball from, that really ain't my issue."

The officiating was certainly not the Rockets' only problem in Game 1. They had no answer for Warriors star Kevin Durant in the second half, in which he scored 24 of his 35 points. Golden State dominated the glass despite playing a small lineup, winning the rebounding battle by a 38-26 margin. Center Clint Capela was a complete nonfactor, finishing with four points and six rebounds in 27 minutes in which the Rockets were outscored by 17 points.

But the officiating left the Rockets frustrated and bewildered.

"We just need to suck it up and don't worry about how they officiate and sit there and take it," D'Antoni said. "I'm getting a little old for that, but that's just how it goes. I try not to curse. I try not to completely be a jerk. Obviously didn't work. So I don't know. I don't know. It's beyond me." 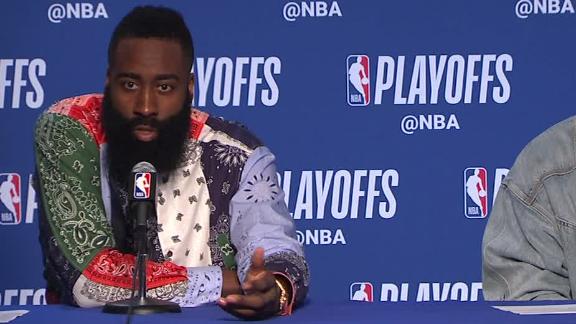 Harden: 'I just want a fair chance'
James Harden expresses his frustration with multiple missed calls in the Rockets' Game 1 loss to the Warriors. 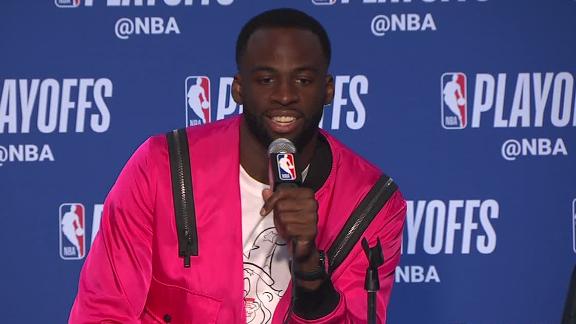