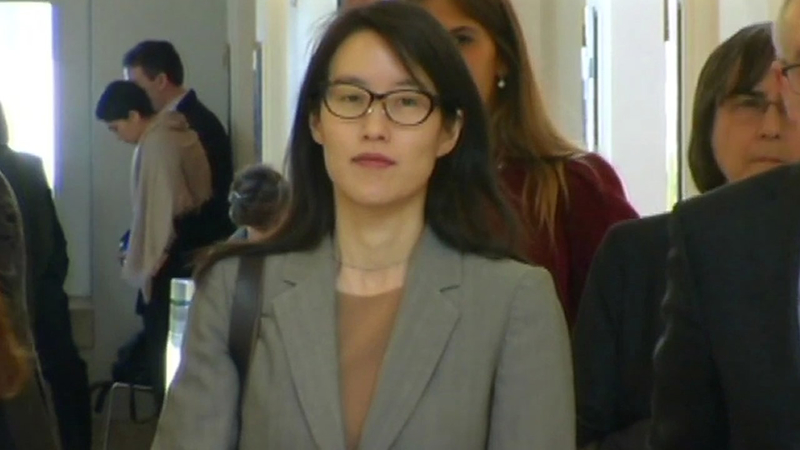 SAN FRANCISCO (KGO) -- Jury selection began in San Francisco Monday in what could be a landmark Silicon Valley lawsuit dealing with gender discrimination.

This isn't a case about patents or product design. It's a case about what it's like to work in Silicon Valley if you're a woman. A well-respected female CEO is bringing allegations of sexism against a well-respected venture capital firm she used to work for. And things could be about to get ugly.

Leaving the courtroom for lunch, Ellen Pao politely smiled and declined ABC7 News' request for an interview on Monday. But she'll tell her side of the story soon enough.

Now the CEO of the community website Reddit, Pao used to work as a junior partner at Kleiner-Perkins, one of the biggest names in venture capital. Now, she's suing them for gender discrimination.

"I think that this case goes far beyond the charges by Ellen Pao," said Equal Rights Advocates Director Noreen Farrell.

Farrell says it strikes at the heart of complaints her firm hears over and over again from the male-dominated worlds of tech and finance.

"I think we hear from so many women that don't speak up, we hear about their exclusion from meetings, at which there's really key decisions made," she said.

Rory Little, a professor at U.C. Hastings College of the Law, says they're allegations that often don't make headlines because these cases are usually settled confidentially out of court.

"What's pathbreaking is that a very high powered and lucrative firm has allowed a case to go all the way to jury selection and maybe even to a verdict to, in a sense, air the dirty laundry out in public," Little said.

Little says much of that dirty laundry will center on Pao herself, including an intimate relationship she admits she had with a co-worker who she says treated her unfairly after the relationship ended.

"It's a brave act for a plaintiff to decide to take this into the light of a trial," Little said. "She will be accused of all sorts of things. Some of which may be true, some of which may not be true."

Kleiner-Perkins' attorney also declined an interview, but gave clues about the defense team's argument, asking prospective jurors their feelings about teamwork and about employees who don't work well with others.

Both of our legal commentators tell us there is still a chance this case could settle, even after testimony begins.

If it does reach a verdict, they say it could have far-reaching impact on the way Silicon Valley approaches gender issues in the workplace.
Related topics:
businesssan franciscotrialcourtdiscriminationcourt casesilicon valleytrialstechnologylawsuitventure capitalequal rights
Copyright © 2021 KGO-TV. All Rights Reserved.
More Videos
From CNN Newsource affiliates
TOP STORIES