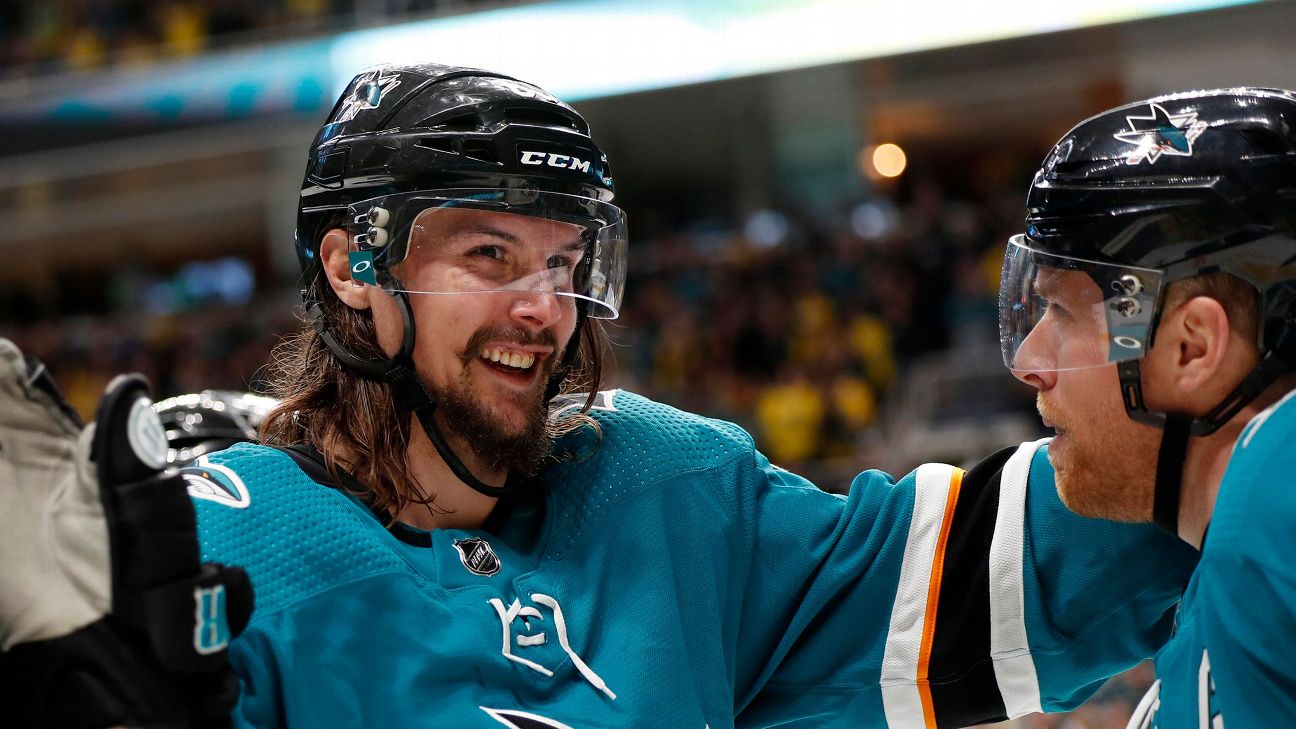 ST. PAUL, Minn. -- San Jose Sharks defenseman Erik Karlsson will miss the rest of the season after breaking the thumb on his left hand in Friday's game at Winnipeg.

The team made the announcement Saturday before San Jose was set to play at Minnesota, a 2-0 win. The Sharks also lost forward Evander Kane to a three-game suspension for elbowing Jets defenseman Neal Pionk in Friday's game.

Karlsson, 29, had six goals and led the team with 34 assists and 40 points after signing an eight-year, $92 million extension last June. He played 56 games in his second season with San Jose. The two-time Norris Trophy winner also missed 27 of the Sharks' final 33 games last season.

The team announced Karlsson will have surgery and is expected to be recovered in time for training camp in September. San Jose recalled defenseman Jake Middleton from the San Jose Barracuda of the American Hockey League.

"Tough news," Sharks interim coach Bob Boughner said before Saturday's game. "Obviously we're dealing with many injuries already, and it's just another one that piles up. Our leading scorer, with our other two leading scorers already out. It's a tough injury, it's more adversity for our club. We've done a decent job of battling through that adversity, competing and sticking together as a team, and it's going to have to be the same way tonight."