It has now been three weeks since both were released from federal quarantine.

Tebeka, who is a medical acupuncturist, noted several client cancellations once she finally returned to work.

Coronavirus outbreak: Tracking latest developments of viral infection in US

She assumed people were trying to keep their distance, considering her practice requires close quarters.

"It was understandable, although it was not really necessary," Tebeka said. "I had been cleared by the CDC, quarantined for two weeks by the government."

Additionally, Tebeka self-quarantined for much longer. She did so to keep community concern down.

She said eventually, business picked up. However, so did panic over potential spread.

"Since last week, I have less phone calls," she said. "And this week, it's a lot fewer."

Tebeka is a certified acupuncturist, herbalist and hypnotist at Tiferes Medical Group in Palo Alto.

Nicholas Flores has been a client of Tebeka's for six months. He told ABC7 News he was familiar with Tebeka's journey. He had plans to see her in January, but learned she was under quarantine at an Air Reserve Base in Southern California.
"I was really surprised," Flores said. "But I was happy that she was able to get out of China and return back to the U.S."

He's returned for treatment with Tebeka because he doesn't consider her a risk.

"I guess I wasn't concerned from the perspective of like, she wasn't sick," he said.

However, he's recognized people are less willing to be social.

"Seems like people are less willing to do things," he said. "So, from that perspective it has impacted me. But I'm just trying to live my life and continue doing my normal things and not worry too much."

Another client, Yael Berenfus said she's witnessed similar pandemics. For that reason, she's nowhere near panicked over the recent, rapid spread of COVID-19.
"Perhaps part of this is because of what my personal experience has been," Berenfus said. "When I was working and living in China, SARS actually broke out when I was there."

Even under a State of Emergency, Tebeka's clients -who are California residents- explained they aren't worried.

However, Tebeka said, "To announce a State of Emergency, there must be some facts behind it for the government to have made such a serious decision."

"I think you can create hysteria and make things worse if you're overcautious," Flores said. "If you live your life as though disaster's about to strike at any moment, then it's kind of hard to do anything... And I don't think that's productive for anyone."

Tebeka mentioned she recently took an early morning trip to Costco. She noticed long lines and panic from people reacting to the local spread of coronavirus.

She said she realized, "If the coronavirus was okay, and in control in California, now is the best chance for it to get out."

Tebeka said unfortunately, the crowds and chaos are perfect conditions for the virus to spread

Scientists urge WHO to acknowledge COVID-19 can spread in air 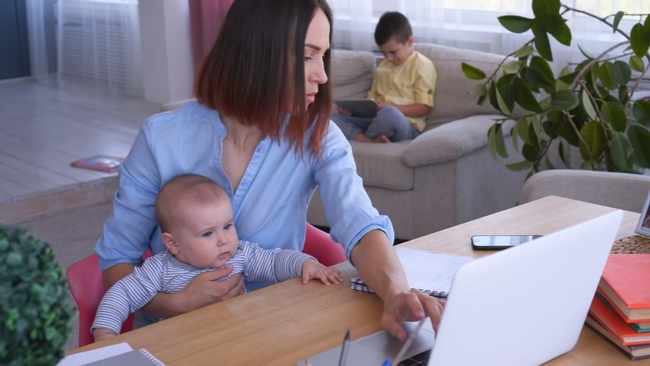