In a press release, health officials said the four-week projection for ICU capacity in the three regions were expected to reach above 15%.
KGO
By Hayley Salazar 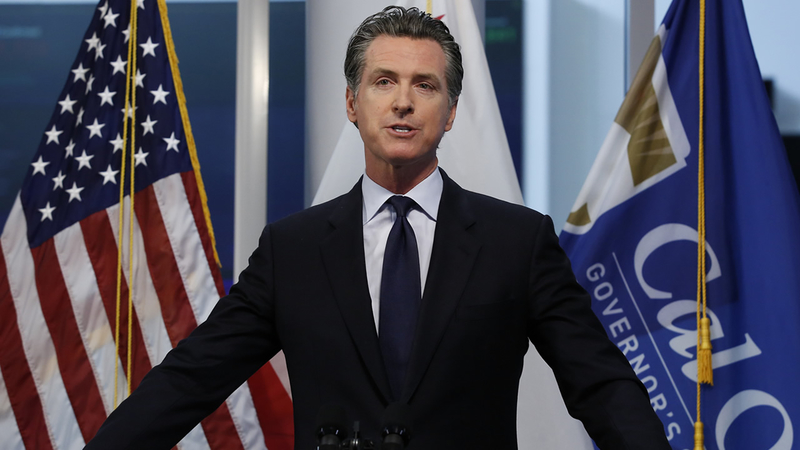 California health officials have lifted the regional stay-at-home order for all areas statewide on Monday morning, including the San Joaquin Valley, Southern California and the Bay Area, where ICU capacities still remain under 15%.

In a press release, health officials said they project that in the next four weeks, ICU capacity in the three regions was expected to reach above 15%. Statewide, the ICU capacity rate projected for February 21 had Southern California at 33.3%, San Joaquin Valley at 22.3%, Bay Area at 25%, Greater Sacramento at 18.9%, and Northern California at 27.3%.

"Each region's a little bit different, but we are in a position projected four weeks forward with a significant decline in the case rates positivity rates, we are anticipating decline," the governor said. "Still more decline hospitalizations and more declines in ICU, and that's why we're lifting that stay at home, order effective immediately."

A majority of the state's counties to the purple tier in California's color-coded tier system, which, while less restrictive than the stay-at-home order, still requires non-essential businesses to close and restaurants to serve outdoors only.

Counties still have the authority to set their own restrictions, and some may decide to keep some of the governor's orders in place as they see necessary.

As of Monday, there were 4,475 people with COVID-19 in ICUs statewide, compared to 4,131 patients reported one month ago.

Newsom said the state has started to see a decline in the state's 14-day positivity rate, which dropped from 14.6% to 9.6%. Still, California has the 26th highest COVID-19 positivity rate in the country.

Dr. Ghaly said the state would be making the model available to the public starting Monday.

Newsom said California's pace for administering COVID-19 vaccines has tripled in the last three weeks from 43,459 to 131,620, and officials hope to vaccinate one million more people in the next ten days.

He said the state was going to begin prioritizing first responders, food and agriculture workers and teachers and school staff after all health care workers and California 65 and older were vaccinated.

He added that after these groups were administered their vaccines, California would move to an age-based eligibility list, abandoning the state's complex system of phases and tiers for vaccine distribution. Dr. Ghaly is expected to provide more details during a news conference on Tuesday.

CA COVID-19 VACCINE TRACKER: How the state is doing, when you can get a coronavirus vaccine