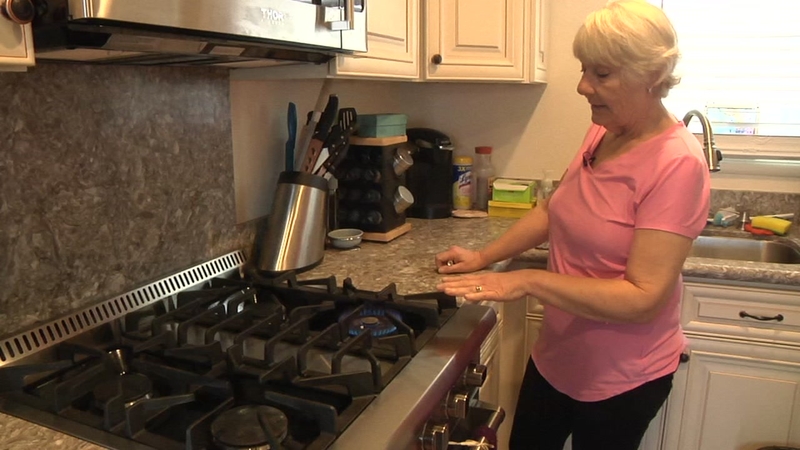 SAN PABLO, Calif. (KGO) -- Renovating your kitchen is always a major expense - and for that kind of money, you want it to be perfect. One East Bay woman made the big investment but after that, everything started to go wrong. So, 7 On Your Side's Michael Finney got out his toolbox - figuratively speaking.

Marcia Flores of San Pablo spent her nest egg on a brand new kitchen with professional-style appliances. She says her dream kitchen actually became a kitchen nightmare -- and she felt more like an amateur repairman than a cook.

Flores spent $28,000 on her brand new kitchen, with a new stove, dishwasher, microwave, refrigerator, even new cupboards that close by themselves.

It looked beautiful... but there were a few problems.

"I can't plan anything 'cause something might not work!" Flores told 7 On Your Side.

Then it was the stove. "The stove kept trying to ignite itself," Flores described. The igniter kept activating by itself without a flame - and sometimes with one.

"Then the dishwasher stopped working," said Flores. It just didn't turn on at all!

And to top it off? "Then the microwave went," she said.

"I was really nice for a year," Flores said. "Then I started getting mad."

Technicians trooped in and out. Nothing worked. "One repairman said, 'I can't fix that,' and left."

Flores said the manufacturer, Thor Kitchen, started telling her over the phone how to fix things herself - like the stove. "He says, now take a paper clip and put it in the end... And go around a little bit..."

And as for the fridge?

"They told me I was closing the refrigerator door wrong. You have to close the left side first," said Flores.

That didn't help either. So, she stuffed in a towel to sop up the water.

After a year of this, she'd had enough, and called 7 On Your Side.

We contacted Thor Kitchen.They sent a specialist who drove all the way up from Los Angeles, and personally fixed each appliance! Turns out the microwave wasn't even a Thor brand - so he gave her one for free.

Thor tells us the technicians it sent previously had misdiagnosed simple problems.

"In this extreme case, we were unable to remedy Ms. Flores' issues as quickly as we'd like, but remain committed to providing high-quality appliances and the best customer service possible," said Thor Kitchens in a statement.

"It was like wow! I should have done this a long time ago," said Flores.

We'd like to give a huge thanks to Thor Kitchens for such personalized care and great service. It made Marcia Flores's kitchen investment really worthwhile - and her life much easier.