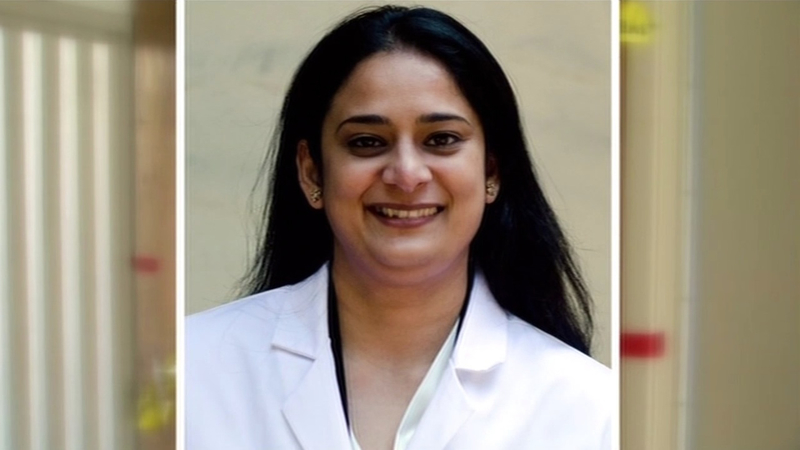 ALBANY, Calif. (KGO) -- Albany police are being tight-lipped about a rare murder in their city. But ABC7 News has learned that the victim Randhir Paul may have recently met someone online.

"I heard like somebody was crying," said Anwar Hussain.

Hussein lives just a few yards from where his neighbor, Randhir Paul, was found dead Monday afternoon. She was found inside her apartment by her cousin.

"And I heard a young man on the phone, who said can someone please come and help... my cousin has been killed inside her apartment," said one neighbor.

That cousin was Inder Singh. He spoke to ABC7 News by phone, saying that Paul's apartment door was closed when he arrived, but not locked, and that Paul was laying in a pool of blood and a bullet casing on the floor.

"The family is devastated right now. Each one of us is crying night and day. We can't put a finger on why anyone would do this," said Singh.

There is some indication Paul recently met a man on the Internet, though it's not clear whether police believe that played a role in her murder.

"The other day, I came home and there were police and everybody here and I just was shocked that she was shot," she said.

This is the first murder in Albany in more than a decade.

The 37-year-old Paul was in her final semester at UCSF in the International Dental Program.

The UCSF School of Dentistry released a statement Tuesday evening that said, "We are saddened at the tragic loss Randhir... Our hearts go out to her family and friends."