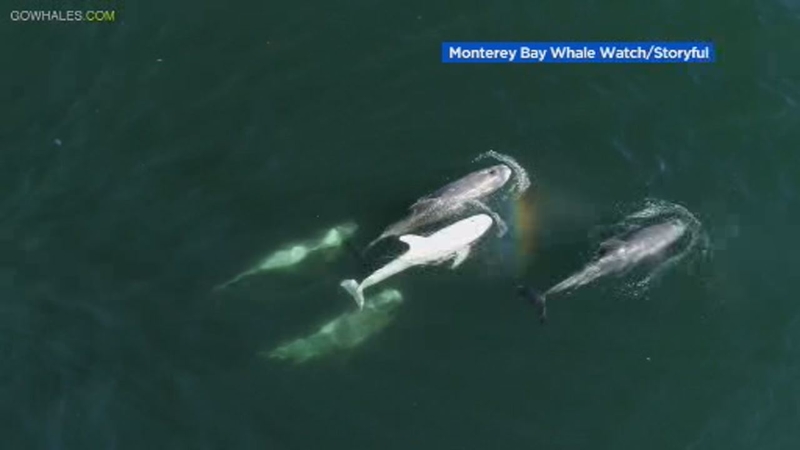 MONTEREY, Calif. -- New video shows a breathtaking sight off the coast of Monterey Bay. A rare albino dolphin was spotted swimming with its pod of gray dolphins.

Risso's dolphins are normally gray and feed only on squid, but a drone captured the white dolphin on September 20.

RELATED: Whale watcher: 'Off to the races, it's a dolphin stampede everybody!'

According to marine biologist Nancy Black of Monterey Bay Whale Watch, the unique dolphin was first seen just over a year ago in the bay and has been spotted just a few times since.

VIDEO: Dolphins having fun with whales in Monterey Bay