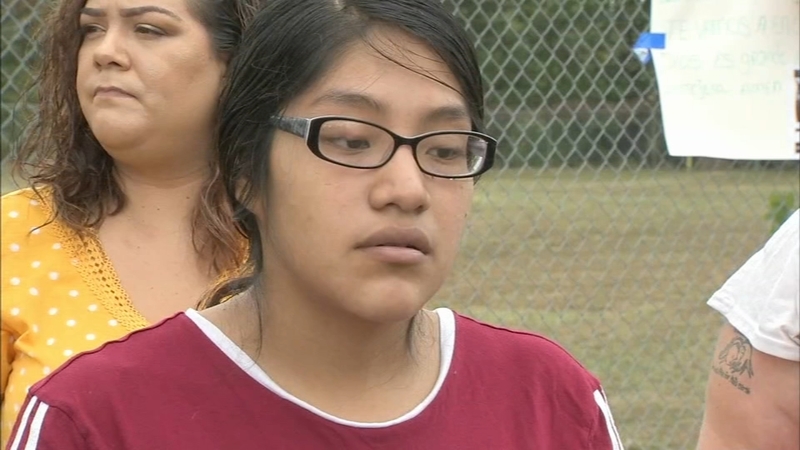 Mother of missing NJ girl: 'I'm worried about my daughter'

NEW JERSEY -- Speaking while holding one of her daughter's favorite toys, the mother of 5-year-old Dulce Maria Alavez started to cry and said she is concerned for her wellbeing.

"I'm worried about my daughter," she told reporters on Monday morning. "We miss her a lot."

Noema Alavez Perez, Dulce's mother, says she does not know what happened to her daughter but wants her back safely.

Officers said a man led Dulce away to a red van while she played with her 3-year-old brother back on September 16 at the Bridgeton City Park.

Perez said she was in a car, approximately 30 yards away, playing a scratch-off ticket and helping her sister with homework.

Perez has been overwhelmed by criticism on social media since that day and said she's usually outside the car when her kids are playing.

"They're just judging because of what I did in the past, but that doesn't mean that from my past I'm doing the same thing," she said.

The FBI spoke to Dulce's father by phone last week, and Perez said Monday she does not believe he has anything to do with her disappearance. She said he doesn't know Dolce and doesn't have enough money to leave Mexico.

On Sunday at the park, there was more evidence of a community still reeling by the unexplained absence.

Yellow ribbons with well-wishes were written on them with messages written in Spanish directed to Dulce and the person or persons who may be responsible for her disappearance.
One sign reads "We will find you, God is big and he will protect you."

"Return her, she is an innocent girl," the other said.
"We don't want to find her out there. I mean if we do, we want to see her alive and safe. It's so she knows we're out there looking for her, we're not going to give up," Rodriguez added.

"Wherever she is, she has our love," Smith said. "This is when you really have to have hope. Keep your hope in God and know that God is able to bring her back safe."