American Idol: Who made the top 24? 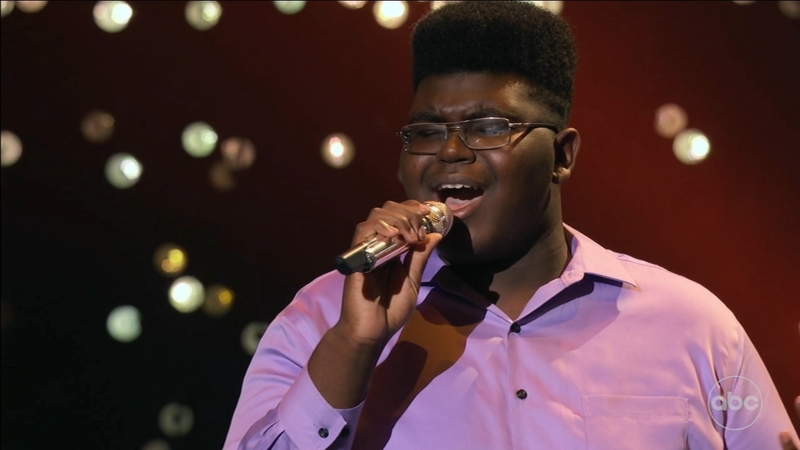 HOLLYWOOD -- The search for the next American Idol is down to 24 after the contestants performed on stage with a band in front of a studio audience for the first time in the Showstopper round.

Katy Perry, Lionel Richie, and Luke Bryan watched the performances from a balcony above the stage to make their final judgments. Next week, the audience begins making the judgment.

1. Leah Marlene
"You were definitely the guitar queen," Katy Perry said after Leah's showstopping performance. The woman from Normal, Illinois has a style all her own.


2. Jay Copeland
He gave up grad school for a shot at American Idol and it's paying off!

3. Nicolina Bozzo
Nicolina channeled her inner Adele to roll into the top 24.

This Cleveland teen has gone from singing in her bedroom to the top 24 on Idol!

This one earned a spot in the top 24 with a golden voice but still needs a little polish.

"You just need to smooth out and hold out the notes," Katy Perry said after Katyrah's performance. "You sing like Whitney and Whitney's the GOAT."

Fritz performed an original song that he wrote for his little sister called 'Inconsequential Love.' He got pretty worked up before learning whether he would move forward.

The back-flipping singer is moving on despite leaving the judges scratching their heads.

"That was her best performance," Katy Perry said from the balcony, but she had to take another step to earn this spot.

For the first time ever, Ava and Yoli participated in an on-the-spot "sing-off."

Ava made it through after singing "Roxanne."

"This was one of my favorite experiences of my life," Mayor said. "All I want is their success because that's a beautiful group of humans."

Douglas Mills, Sam Moss, Betty Maxwell, and Dontrell Briggs are also among the contestants who did not make the cut to the top 24.

Kelsie Dolin, the shy one from the south who had a difficult childhood, had never sung in public before Idol. She sang "Before You Go" as her showstopper and drew a standing ovation from the judges for her performance.

Despite that, the judges did not put Kelsie in the top 24.

"The best thing we saw was that light come on inside you," Lionel Richie told her.

"I have something I didn't have coming here," she told the judges. "I think American Idol changed my life."

11. Sir Blake
Songwriter from Chicago who has been struggling to make it is another step close to his dream.

He's been told to tone down his incredible energy, but in performing "Come Together" for his showstopper, Tristen used his energy to his advantage.

"You have been a work in progress," Lionel Richie said. "I think you are turning into the artist you wanted to be. I didn't want you to be a gimmick. You found your identity."

This Long Island native made a bold song choice to try to earn a spot in the top 24. It paid off!

Another bold choice came from this country singer who took on Rihanna's "Stay."

"You got a magic quality going on in your voice," Luke Bryan said.

She auditioned with her dad but her mom was in the audience for this performance.

She drew a standing ovation from all 3 judges.

"If she plays her card right, she could win it," Katy Perry said.

19. Sage
"You have shown us something unique every time," Katy said after her performance.

20. Danielle Finn
This high school student never performed with a band before but she rose to the occasion.

Another Platinum ticket winner advanced with her rendition of "Talking to the Moon" by Bruno Mars, but Lionel Richie warned that she needs to up her game.
"It wasn't her finest," he said.

22. Scarlet
The singer who stormed off during the duet rehearsals after her partner could not remember his lines came back with a strong performance of "You Oughta Know."

"One of the best performances that I have ever done," she said afterward, and the judges agreed.

23. Lady K
This Alabama native has had a long road to the Idol stage.

"Growing up in poverty has definitely been a challenge. I've been homeless. I've been carless. I've been jobless," she said. "I'm at the breaking point where hopefully this changes everything."

Lady K delivered one of the best performances of the night singing "I'd Rather Go Blind" by Etta James.

The former college football player at Virginia Tech showed a lot of energy on stage performing "Hard Workin' Man" but he faced a challenge from Dakota Hayden, a high school student from Kentucky. He gave an equally strong performance with "Pretty Heart."

The final spot in the top 24 came down to a country boy sing-off.

"Dan is more developed, but I like Dakota's attitude," Katy said.

In the end, Dan's experience put him over the top.

The next stop for these contestants is Disney's Aulani Resort in Hawaii for two nights of performances.