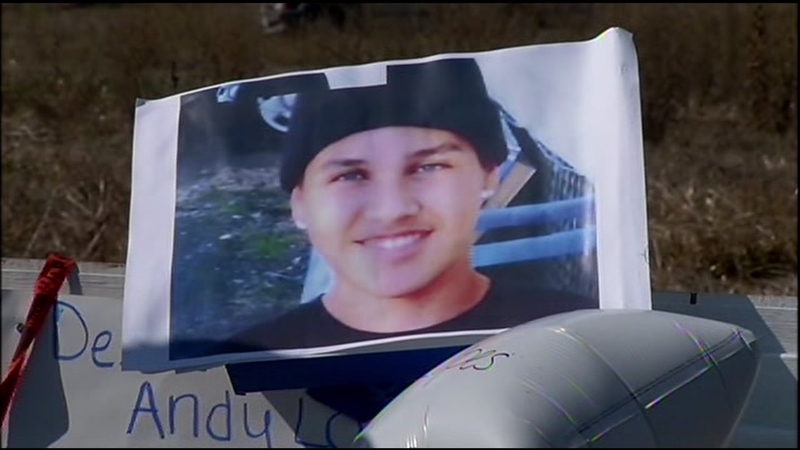 SANTA ROSA, Calif. (KGO) -- The Sonoma County Sheriff announced a $3 million settlement in an excessive force lawsuit filed by the family of Andy Lopez, a 13-year-old boy who was fatally shot by a deputy in 2013 while holding a pellet gun.

It did not include an admission of liability by the Sonoma County Sheriff's Department.

At a press conference, Sheriff Rob Giordano walked a fine line between condemning the circumstances while defending the actions of his deputy.

"The reason for the settlement is a 13 year old is dead, and we needed to put it behind us," Giordano said.

Lopez had been walking through an open field that has now become a memorial.

Sheriff blames, not the Sgt. Erick Gelhaus, who he says had to make a difficult decision, but the maker of that AK-47 replica because it looked so real. "Sadly, there will be another replica shooting in this country," said @sonomasheriff Rob Giordano. #abc7now

On that day, Andy carried a pellet-gun made to look like an AK-47.

When deputy sheriff Erick Gelhaus arrived on scene, he said says he told Andy to drop the weapon. Instead, he said the boy turned, and began to raise the muzzle.

"The reality is our deputy was faced with a weapon that looked like a real weapon that day. And we can't change that fact," said Giordano.

After the shooting, Santa Rosa Police showed reporters the toy weapon compared with a real one, but that did not stop the protests. Andy Lopez became a symbol for the Latino community, the use of deadly force. The legal battle and appeals went on for years as Sonoma County sought to protect Gelhaus from a civil suit.

"It is a very dangerous job the deputies do out there. And sometimes they make mistakes and we have to resolve that. And sometimes we end up in a situation like this where it is the right thing to do to settle the case," Giordano said.

The Sonoma County Board of Supervisors voted 5-0 to approve the settlement.

The sheriff hit hard on the danger of those replica weapons, citing them as the major cause for what happened.

"We needed to be out in community," said @sonomasheriff Rob Giordano Says his office has reached out to Santa Rosa latino community since them. #abc7now