POINT REYES, Calif. -- One person is dead and another person suffered critical injuries after an apparent rockslide at a national park in Marin County Saturday evening.

Two hikers were walking along Bear Valley Trail when they reached the end of the trail, the Arch Rock overlook, John Dell'Osso, a spokesman for the U.S. National Park Service said.

The cliff unexpectedly gave way and they fell some 60 feet below. They were covered in rubble and rock, Dell'Osso said.

Both people were airlifted out of the area.

Dell'Osso said one person was pronounced deceased at the scene and the other was airlifted to Santa Rosa Memorial Hospital. Giannini described the person's injuries as potentially life-threatening but Dell'Osso said the person is expected to survive.

Dell'Osso said a fissure appeared at the "tip" of the overlook on Wednesday and park officials immediately put signs up at the trailhead and visitor center to warn visitors they could not hike to the end of the trail.

The park service issued a trail advisory on its website on Thursday warning hikers that fissures along the top of Arch Rock may have weakened it.

"Bluffs along the California coast are inherently unstable. They are prone to crumbling and sliding," the website reads. "It is very dangerous to climb or walk along the edge of cliffs."

Dell'Osso said park officials even put a 24-inch by 40-inch sign just past the start of the trail to warn visitors of the unstable bluff.

The Marin County coroner's office will release the identity of the decedent pending notification of next of kin, Dell'Osso said. 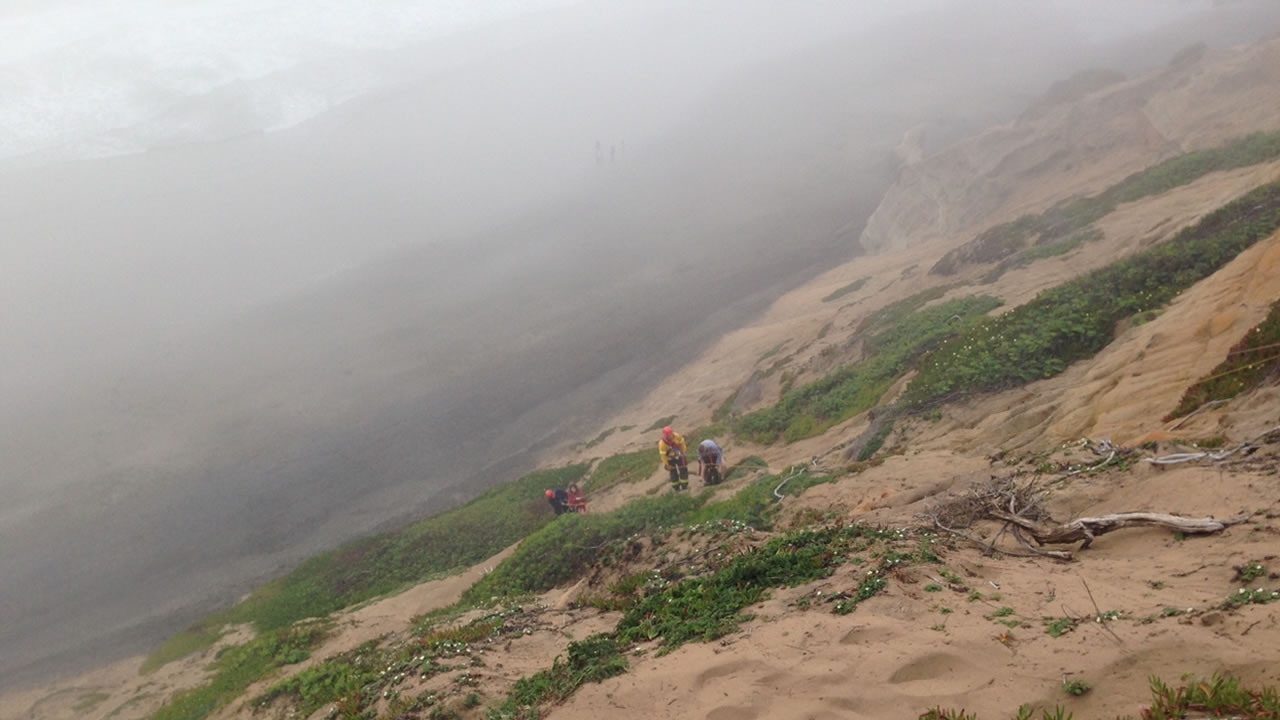