Billboards with an age progression photo of Arianna, now 8, will go up in Calif. and Nevada, where her old babysitters moved.
KGO
By Lyanne Melendez 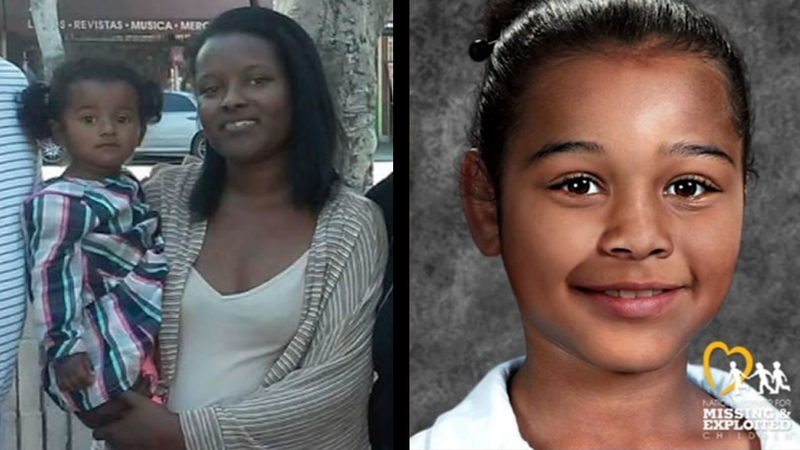 SAN FRANCISCO (KGO) -- Six years ago today, a San Francisco woman and her two-and-a-half year-old daughter were last seen by relatives. A week later, the body of 32-year-old Nicole Fitts was discovered at McLaren Park, but the child was never found.

Police now say they have new developments in the case.

Friday night there will be a vigil for Nicole Fitts and her daughter, Arianna. Relatives believe the 32-year-old mother came to McLaren Park on April 1, 2016 to meet a person known to her, police say, most likely her child's babysitter. It's there where her body was discovered a week later in a shallow grave.

Her sister, Contessa Fitts remembers what she was made of.

San Francisco police announced the department was increasing the reward money to $250,000 for anyone with information on Nicole's murder and the whereabouts of Arianna.

Police and the FBI say progress has been made in the investigation but no one has been arrested.

"As we continue to collect information, analyze forensic evidence and develop new leads, we together with the FBI will be reaching out to people again in the coming weeks and months," revealed Capt. James Aherne in charge of Strategic Investigations.

VIDEO: SF police have no concrete leads after mother killed, toddler missing
This video is from a report in April, 2016
EMBED More News Videos

A colleague of a woman found dead at San Francisco's McLaren Park said he saw her crying in the hallway at work, and that she was going through a hard time before she died.

According to the police report, because Nicole, a single mom, worked long hours, Arianna was in the care of a babysitter and her husband when she disappeared. They and another woman, believed to be involved, have not fully cooperated with police.

Arianna was two-and-a-half at the time. She's now eight. Investigators showed reporters what she may look like thanks to an age progression photo.

Law enforcement has never determined whether or not Arianna is alive. Today police said we have to believe that she is. That's why that age progression photo is so crucial.

Billboards with that photo will go up in California and Nevada.

RELATED: Girl who vanished in 2019 found alive in hidden room under staircase

The people who babysat Arianna have moved to Las Vegas, so putting that billboard up in Nevada was done strategically.

"That's just the biggest thing that we can do for Arianna, for our family and for Nicky, is to bring her home as soon as possible," said Contessa Fitts.