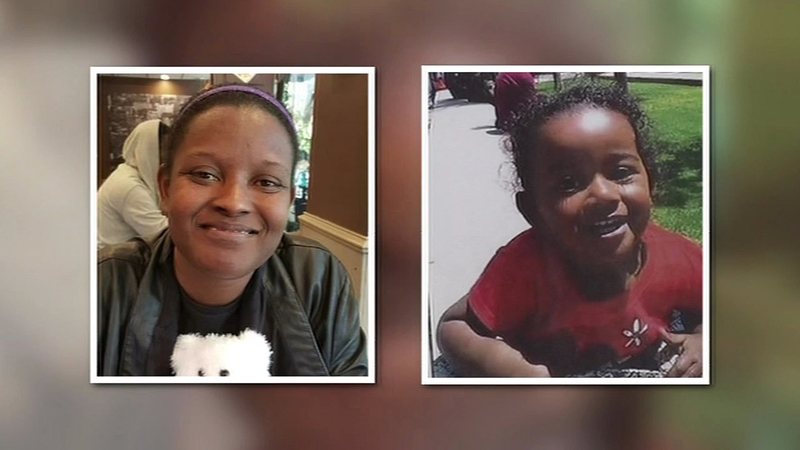 SAN FRANCISCO (KGO) -- The search continues for a missing toddler whose mother was recently found murdered. San Francisco police say they are casting a wide net to find 2-year-old Arianna Fitts, but they haven't found any concrete leads.

2yo Arianna Fitts remains missing as SFPD Inspectors investigate the death of her mother Nicole. pic.twitter.com/LNNyndsdns

By phone, fellow Best Buy employee Michael Jacobo said he last talked to Nicole after her shift at the Harrison Street store on Friday, April 1.

He said she then exchanged texts with family hours later, saying she was in Fresno. That's the last time she was in contact with anyone.

Dave Spencer also worked with Nicole at Best Buy and he said she stopped showing up for work about a week ago. "We call it, no call, no show. She had a few of those, everyone was wondering 'what's going on with Nicole,'" he said.

Spencer said Nicole was always worried about her daughter. "She had a babysitter around. She had trouble keeping her in a safe place while she was at work," he said.

And in the days and weeks leading up to her death, Nicole was emotional at work. "One time I was going on my break, she was crying in the hallway, she was going through a hard time," Spencer said.

Her family is now looking for answers in Nicole's murder and desperately trying to find Arianna.

Nicole and Arianna had wide ranging contacts in the state.

They lived in San Francisco, but family lives in Santa Cruz. And they had not seen the toddler in person since February.

Nicole's friend said Arianna had been staying with a sitter in Oakland while Nicole was at work.

And Nicole had an older child who is currently with the father's family in the Los Angeles area.