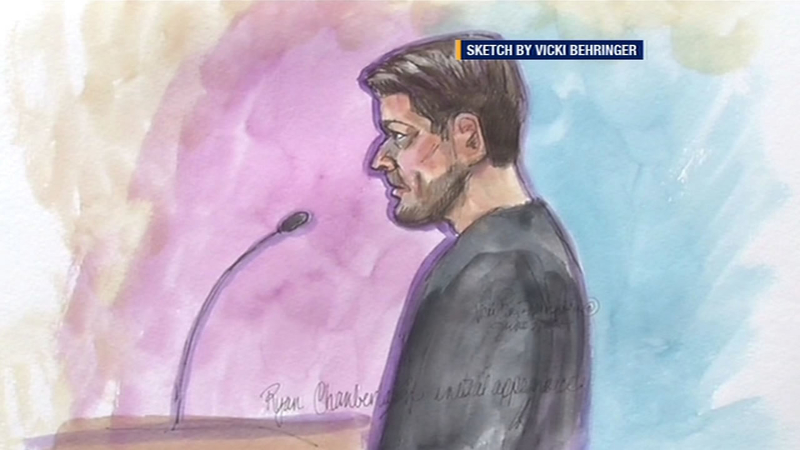 SAN FRANCISCO (KGO) -- The man at the center of an investigation for possessing bomb-making materials was in court Friday. But the bail hearing for Ryan Chamberlain did not go as expected.

The hearing was continued until next week as the judge ordered a mental health evaluation.

But the big news was in the initial application for a search warrant of Chamberlain's home. In the newly unsealed documents, the FBI explains how their investigation led them to believe Chamberlain used bitcoin to buy biotoxins on the TOR network, which allows people to hide their online activity.

Chamberlain was initially identified after the FBI identified a biotoxin seller on the site Black Market Reloaded and traced that seller to Sacramento. From there, they interviewed the seller about their conversations with a buyer in San Francisco -- that buyer they believe was Ryan Chamberlain.

The affidavit says the San Francisco buyer told the Sacramento seller he wanted to buy liquid ricin but it was too expensive, so instead he was after abrin -- another lethal toxin made from the rosary pea.

Chamberlain allegedly agreed to pay $250 in bitcoin for the abrin, which the FBI believes to have been enough for hundreds of lethal doses.

A UPS record shows Chamberlain received a package from the Sacramento seller in December.

The affidavit goes on to describe Chamberlain's interaction with another seller -- he allegedly tried to buy pure nicotine as well.

When the FBI agents executed the search warrant on Saturday -- they didn't find the biotoxins, but they found components for an IED.