Colleagues say they will honor a young man who was shot and killed while working on a community mural in West Oakland yesterday by painting his picture at the very spot where he lost his life.

WEST OAKLAND, Calif. (KGO) -- Friends and colleagues gathered Wednesday morning to honor an artist who was murdered in Oakland while doing what he loved. Antonio Ramos was shot and killed while working on a mural that his colleagues are now vowing to finish.

Artist tragically killed while working on mural in West Oakland 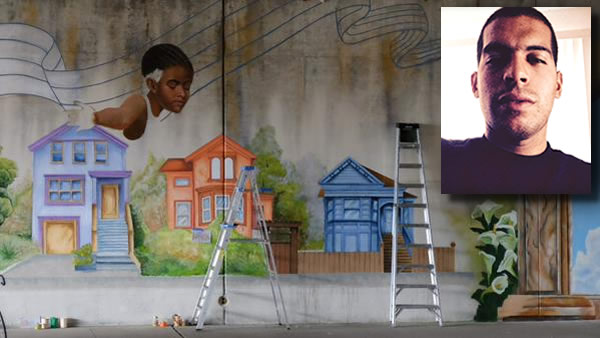