The arrest stems from a shooting that occurred in Hollywood on Nov. 6.
KGO 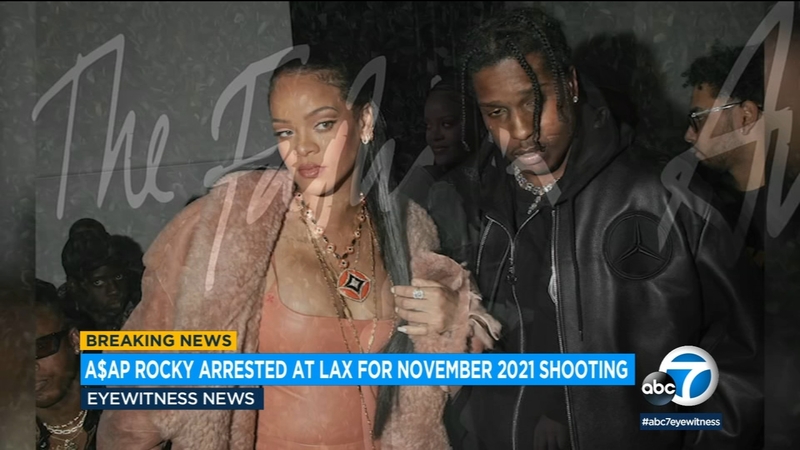 A$AP Rocky arrested at LAX in connection with Hollywood shooting

Detectives took the 33-year-old hip-hop artist, whose real name is Rakim Mayers, into custody on suspicion of assault with a deadly weapon, the Los Angeles Police Department said in a news release.

A$AP Rocky had just landed aboard a private jet from Barbados when he was arrested by the LAPD, who waited for him to land, a high-ranking LAPD official told ABC News.

The arrest stems from a shooting that occurred about 10:15 p.m. on Nov. 6, the LAPD statement said. The rapper is accused of firing a handgun at an acquaintance, who sustained a minor injury and later sought medical treatment, police said. He and two other men ran after the gunfire, police said.

A$AP Rocky's RCA Records publicist and attorney did not immediately respond to requests for comment.

Mayers was booked into the LA County Jail Wednesday afternoon and immediately put up a $550,000 bond.

He and his girlfriend Rihanna announced in late January that she is pregnant with their child.