EXCLUSIVE: Asian woman brutally attacked at gunpoint, robbed after being followed in SF

"It really changed her so much, every time she talks about it, she cries."
KGO
By Dion Lim 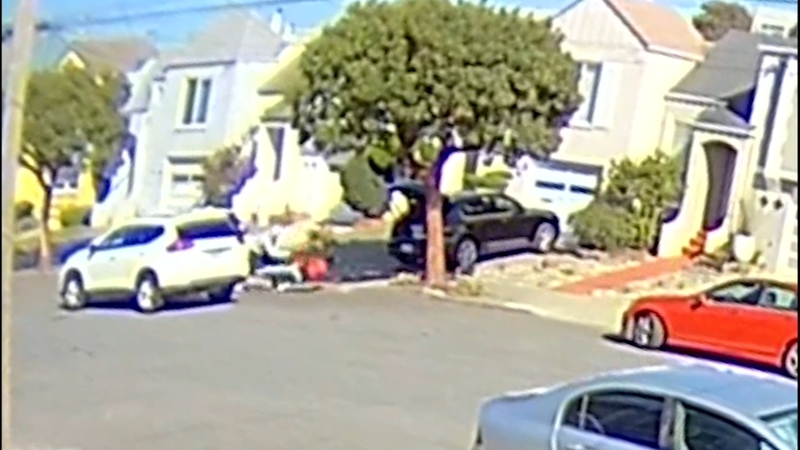 SAN FRANCISCO (KGO) -- New video coming to light shows the brutal attack of an Asian woman as she's held at gunpoint on the ground and robbed of her handbag, jewelry, including a $16,000 Rolex and sense of security.

You can hear the woman, who only wants to be identified as Ms. Lee, screaming in terror moments after she arrives at her niece's home after having dim sum with friends in the Richmond district.

You can see a white SUV come speeding down the street completely ignoring two people walking and doubles back to target Ms. Lee. She is knocked to the ground, held at gunpoint and robbed of her handbag. One suspect then returns to take her jewelry including a $16,000 Rolex.

"It really changed her so much, every time she talks about it, she cries," says her longtime friend Kathie Mar, who was with her that day at the Richmond District dim sum restaurant. She says after Ms. Lee left the restaurant around 1:30 in the afternoon was unknowingly followed for miles to the Sunset neighborhood.

"Everyone in the neighborhood thinks Sunset, Richmond is for families so everybody...no crime here. But we're hearing more and more so, these past few years," says Mar. "She is definitely afraid to go out on her own now, to get in and out of her car it's scary."

At a community meting this week San Francisco police shared stats showing citywide assaults with firearms were the most serious rise in violent crime in 2020 which were up more than 70 percent from 2019. Reports show violent crime in the Taraval area, which includes the Sunset up 10-percent from January 2020 to this past January. In the Richmond robbery is up 67-percent.

Mar also lives in the Sunset and wants to buck the model minority myth that Asian Americans won't speak out, especially during this time of increased attacks. So she is giving her dear friend a voice.

"Whatever I can do to let the neighborhood know...San Francisco know."

Ms. Lee told ABC7 News anchor Dion Lim one of her attackers was arrested in Georgia this week and describes him as an Asian man. She and Mar are grateful for SFPD's work on the case and are hoping her attackers get serious jail time.