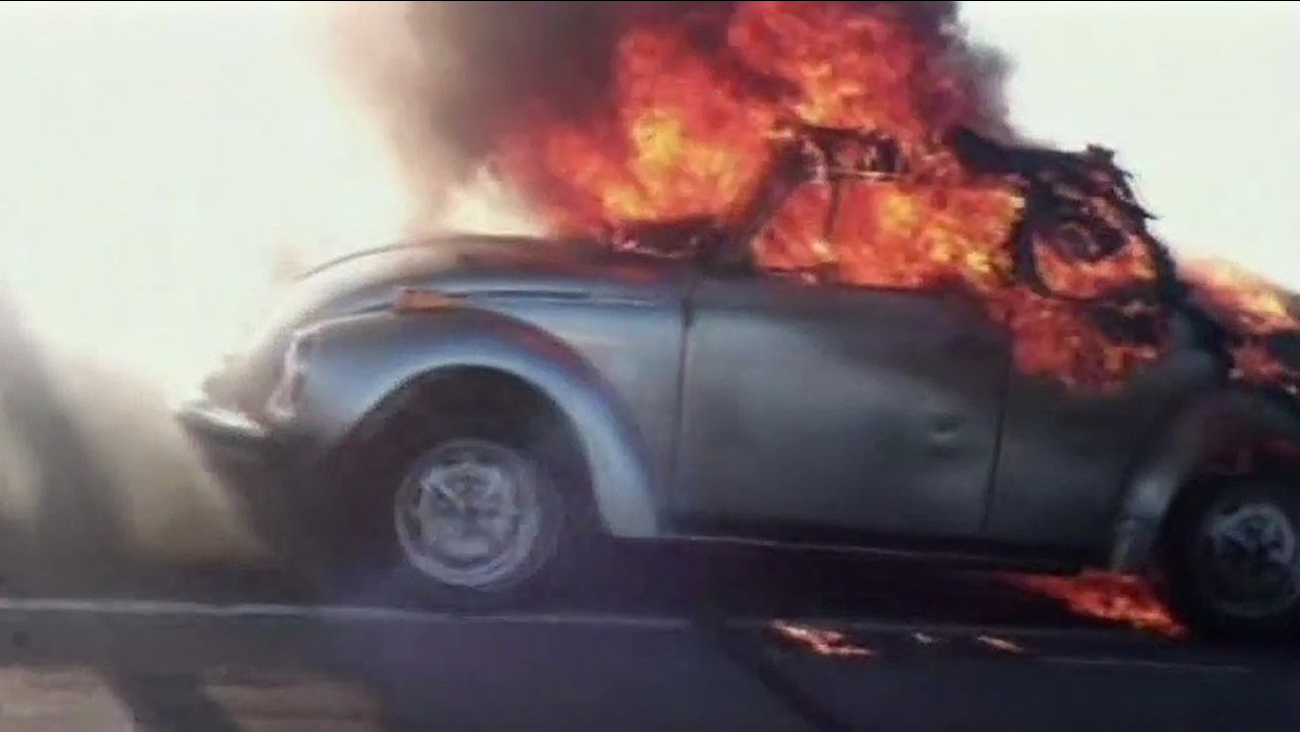 KGO
7 on Your Side's Michael Finney looks into some unexplained car fires. It's a hazard on the road that's killed hundreds of people and few drivers know much about it.

Approximately 125 people died in 2012 from non-accident related car fires, vehicle fires not triggered by a crash. 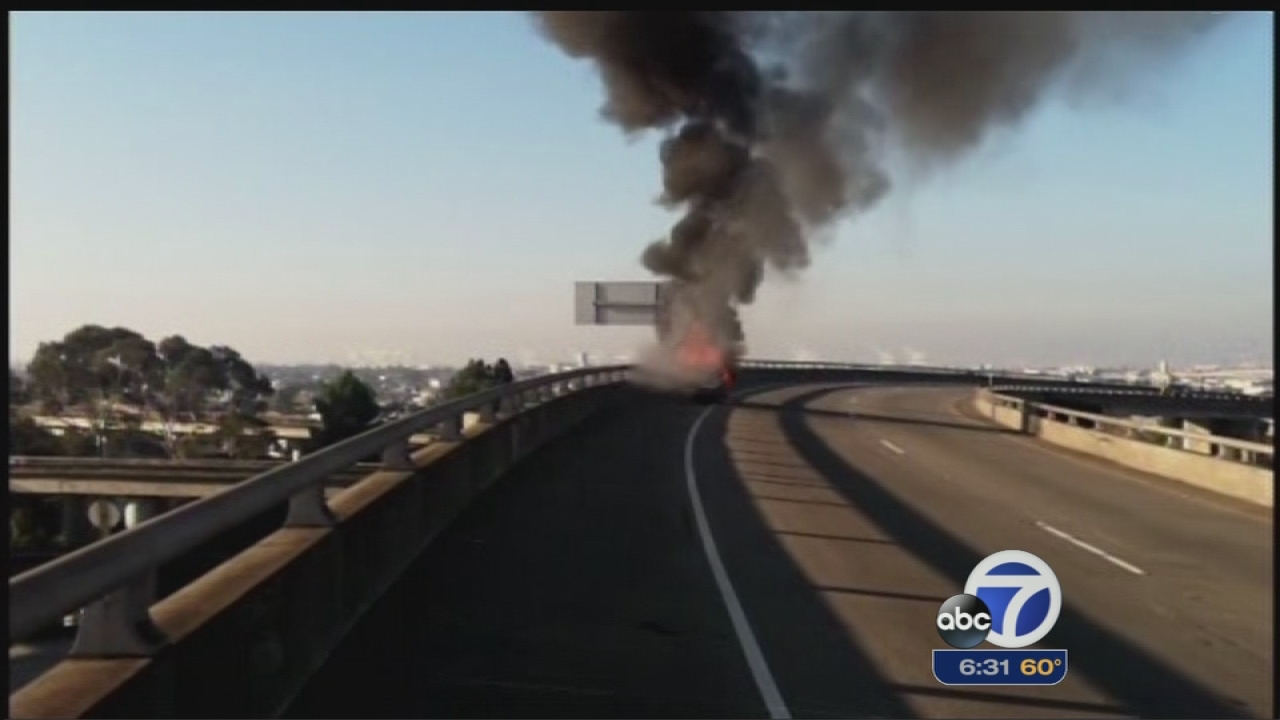 7OYS investigates non-accident car fires
7 On Your Side's Michael Finney looks into non-accidental car fires, something most drivers aren't even aware of.

Two Bay Area drivers 7 On Your Side spoke with say a fire broke out in their vehicles. And we've learned that their frightening experiences, while relatively rare are not unheard of.

"There's nothing more scarier than being inside a car that's on fire," Novato resident Hanna Sicker said.

Sicker was driving down a street in Novato when the fire broke out in her 2009 BMW 328i in December.

She pulled into a nearby parking lot. "So I pulled right there, I turned my car off," Sicker said.

She was able to flag down electrician Joshua Wolfley for help.

"The vehicle was full of thick black smoke," Wolfley said.

The electrician heroically began to snuff out the fire with his jacket. Firefighters did the rest.

The burn marks on the shoulder of eastbound I-580 in Livermore were still visible more than two months after a car fire there.

Andrea Kowalski of San Ramon holds up a photo of her charred 2007 Mercedes GL450.

A passing motorist was the first to notice the fire in December and frantically waved her off the road.

She pulled over, got out and watched in shock.

"I couldn't believe I'm standing there looking at a 6-year-old car, engulfed in flames. Just like what the heck," Kowalski said.

Just this past December, a firefighter pulled a mother and three children from a car fire in Oakland. The fire destroyed the Volkswagen, but everyone escaped injury. Unfortunately, that's not always the case.

The statistics are sobering. The non-profit National Fire Protection Agency took data from 2012 and extrapolated information from other years. It estimates about 126 non-crash vehicle deaths occurred in 2012.

"The main causes of these non-crash fires are defects of some kind," Radar said.

That investigation prompted the automaker to shield its battery from road debris that could spark a fire.

Neither Kowalski's Mercedes nor Sicker's BMW had been recalled. Both women are frustrated with their automakers.

"They really need to check to see if there's a real problem and do a recall," Sicker said.

But so far, BMW hasn't acknowledged that.

The company sent 7 On Your Side an email saying, "Regardless of what led to the fire, the company has offered to fully cover her costs."

Mercedes believes an oil leak sparked Kowalski's fire, but maintains "our experts are confident that the fire was not caused by the compressor, or any defect in the design or production of the vehicle."

"We wanted them to acknowledge that there's a problem and to have a recall campaign on all the GL's," Kowalksi said.

The Highway Loss Data Institute found a direct correlation between fire-related recalls and a reduction of those fires.

"The most important thing you can do is to pay attention to recalls and get your vehicle fixed," Radar said.