BROOKFIELD, Ill. -- Kecil, a 6-month-old orangutan whose mother couldn't care for him at Toledo Zoo, has found a family at the Brookfield Zoo. Maggie, 53, was introduced to the baby as his surrogate mother.

So far, it's working. The two are bonding behind the scenes. But Brookfield Zoo will post their progress - and cute photos and videos! - in a keeper journal at www.CZS.org/Kecil that's expected to launch later this week. .

Kecil's mother couldn't provide him adequate care at Toledo Zoo, where he was born in January. So he was moved to the Milwaukee County Zoo. However, that surrogate didn't work as well as they hoped.

So now, he's with Maggie, who has been a surrogate before.

Once baby Kecil is more agile and mobile, they'll both move into the exhibit Tropic World Asia.

Orangutans once lived over much of Southeast Asia, but their numbers are dwindling as their homes in the rain-forest islands of Sumatra and Bornea are logged. The wild population of Bornean orangutans is down to 40,000, which is a 50-percent decline from 1990. 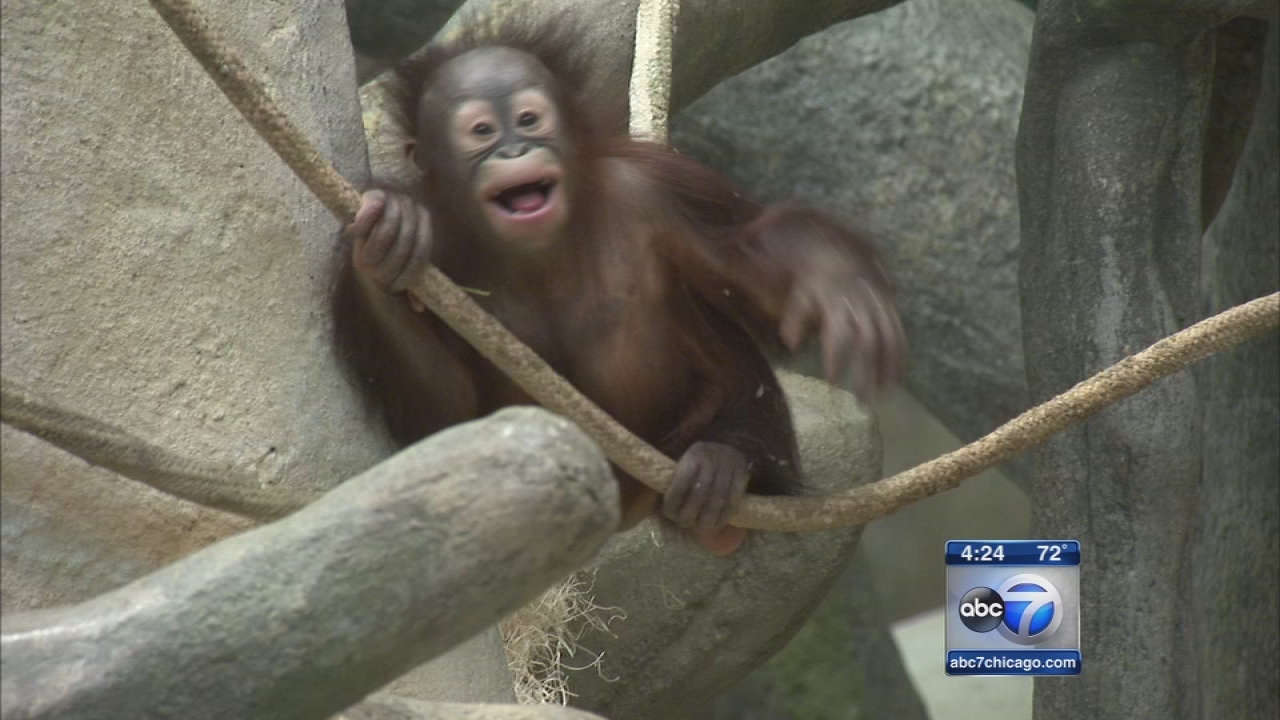