KGO
By by Cornell Barnard and Leslie Brinkley 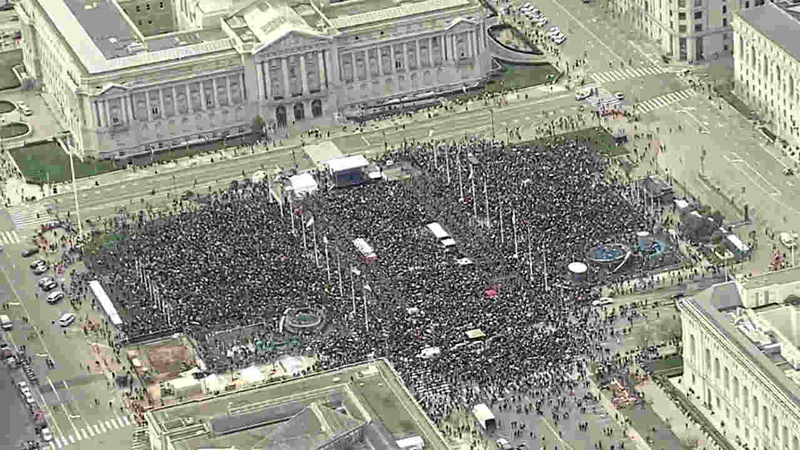 'March for our Lives' events in Bay Area

Thousands joined the 'March for our Lives' movement on Saturday to speak out against gun violence. It was spearheaded by student survivors in Parkland, Florida.

Parkland, New York City, DC, Philadelphia, Chicago, Dallas, Seattle and Los Angeles were just some of the 800-plus cities across the world that participated in the demonstrations.


In the Bay Area, there were more than eight different demonstrations, including marches in San Francisco, Oakland, San Jose and Santa Rosa.

WATCH: Scenes from 'March for Our Lives' events in Bay Area

"Will you march, will you register, will you see that people vote?" said Senator Dianne Feinstein at the rally in San Francisco.

"If all of us register to vote we control the election," said Derek Bonilla, Mission High School.

A Columbine survivor advised participants at the rally into drill into their retirement accounts to pull money out of gun corporations they may not be aware of.

After all the speeches, the crowd with their signs marched down Market Street - an impressive sight stretching from City Hall to the Ferry Building.

PHOTOS: Demonstrators call for action with their signs

In Oakland, marchers took to the streets in the name of gun control and calling for an end to gun violence.

"I'm marching for everyone I know and everyone I don't know," said Phillip Mariner.

Earlier, there was a rally at Frank Ogawa Plaza. It was organized in part by students who want gun violence to end.

"Our lawmakers have failed us when it comes to gun control, we need to take action," said Lily
Conable, student at Encinal High School in Alameda.

Parent Amy Huerta came to the rally with her husband and 17-year-old son.

"I want my son to feel safe at school I'm empowered because students are feeling empowered," said Huerta.

"I've made the mistake of giving false equivalence to the Second Amendment, I'm done doing that, nothing is more important than the right to live," said Swalwell.

Warriors head coach Steve Kerr was spotted in the Oakland crowd. Steve's dad was killed in a shooting in Beirut in 1984.