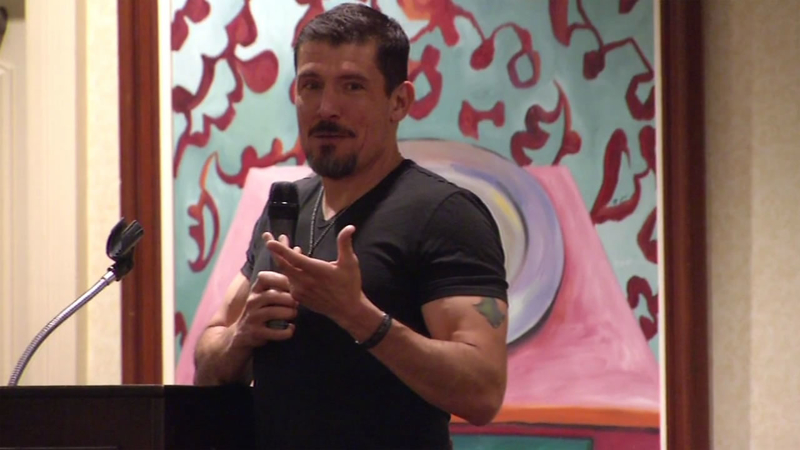 SAN RAFAEL, Calif. (KGO) -- A former CIA contractor who helped fight off terrorists in Benghazi four years ago was in the Bay Area on Sunday. Kris Paronto shared his story in a book, which was released into a movie earlier this year.

Paronto spoke to a group of Marin County Republicans about what happened in the critical moments before Piedmont native Chris Stevens and three other Americans lost their lives.

"I was the ranger," Paronto said.

Paronto is one of the few people who really knows what happened in Benghazi four years ago.

On Sunday night, he spoke at the Marin GOP Lincoln-Reagan dinner in San Rafael.

"The State Department failed us. They did. That's not a political statement. That's just a fact," he said.

Paronto's story was told in the book "13 Hours," which was later turned into a movie released earlier this year.

He was among a group of former special ops soldiers hired by the CIA to provide security for the American consulate in Benghazi, Libya - the same group that defied orders to stand down when the consulate was under terrorist attack on September 11, 2012.

To this day, Paronto has no idea why his team was told to stand down. He believes if they'd been dispatched from the beginning, some of the Americans, including Ambassador Christopher Stevens, would be alive today.

Paronto visited Stevens' grave last year in Grass Valley. "He should not have died. He was left out to dry and he was, that guy was a patriot and the Benghazi people loved him," he said.

The house committee that's investigating the Benghazi attack says it will release its report before the Democratic and GOP conventions in July.