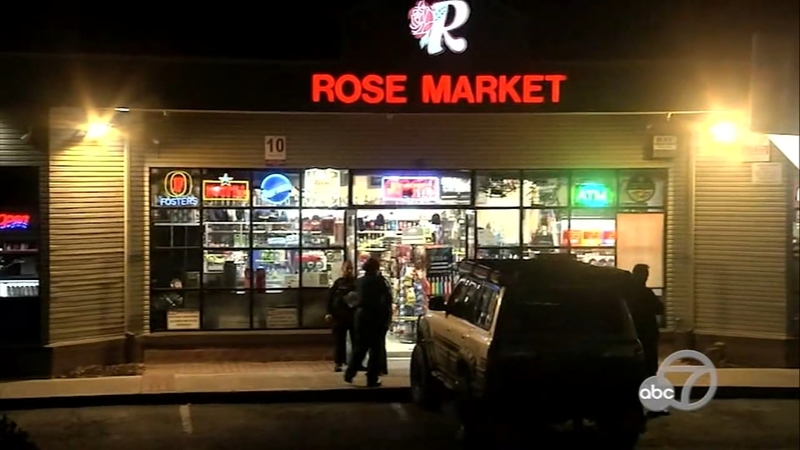 BENICIA, Calif. (KGO) -- Business owners and police officers reacted with shock and grief Wednesday morning in Benicia over the shooting death of a convenience store owner, described as a very generous and family focused man.

He was shot and killed in a robbery at around 10 p.m. Tuesday at Rose Market.

Police have not released his name out of respect for his family, but several people who knew him told ABC7 News about his generosity, friendliness and warm greeting he always had for his customers.

"When you walked through the front door, he always greeted you with 'Hi friendy!' He was always good to my family and my employees. If my employees were short on cash, he would always say 'Pay me later!'", said Chirs Guerrero, who owns Napoli pizza, which is next door to Rose Market in the strip mall located on Columbus Parkway at Rose Drive, just off of Interstate 780 in Benicia. He describes the victim as very family oriented- toward all families.

"One year my daughter was selling those World Finest Chocolates and was having a hard time and he just bought them all. That is the kind of person he was," Guerrero said.

Another friend of the victim, who also owns a convenience store, cannot believe his friend was shot and killed over money.

"Good family, family member, hard working, I don't know who did that- did he need money? Why did he shoot him?" wondered Ben Sandhu.

Guerrero said his business neighbor was very proud, and worked hard to provide for his family and educate his two adult sons.

"This was his business. His family's business. People who try to take advantage of him- he wouldn't allow it. We don't know what happened."

Benicia police say they routinely visit the store and they, too, got to know the friendly owner.

"Those of us who live and work in the community routinely came in contact with him and got to know him. So it is a tremendous loss in general but in this instance it is really painful," said Lt. Edward Criado, who said he is determined to find those responsible for the store owner's death.

Police say the killer did get away with some money, but did not say how much. They are reviewing video from the store cameras and Benicia's license plate readers as part of the investigation.