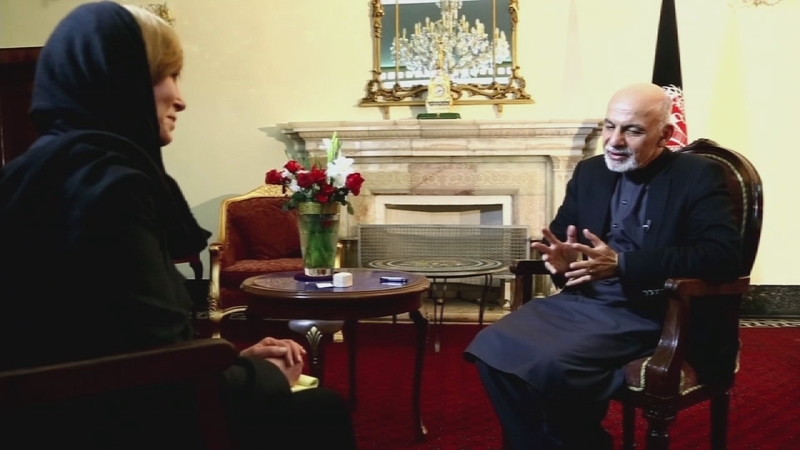 This special edition focuses on the development of Afghanistan and what ABC7's Cheryl Jennings witnessed when she went there 10 years after her first visit. Earlier this year, Jennings was granted the rare opportunity to interview Afghan President Mohammad Ashraf Ghani at the Presidential Palace in Kabul.

Recently, the president of San Jose State University, Dr. Mohammad Qayoumi, announced he is moving back to the country of his birth, Afghanistan. He will become a full-time advisor to President Ghani as he tries to move the country forward.

President Ghani told Jennings he has several connections to the San Francisco Bay Area. He knows he has a tough new job and that there is a critical need for Afghanistan and America to work together.

Also during Jennings' visit, the general in charge of the NATO-led mission to improve security in Afghanistan met with a Bay Area non-profit working with Afghan farmers. She spoke with him at the base in Kabul about Roots of Peace, about security concerns and the progress being made by Afghan security forces to protect their own country. They are taking the lead, now that American troops are withdrawing in significant numbers.

President Ghani has a daunting task to overcome the lure of growing poppy crops for opium. A 2014 report from the United Nations Office on Drugs and Crime says the poppy crop in Afghanistan was close to 6,400 tons. That is up 17 percent from 2013 and was worth $85 billion.

The Afghan president is asking farmers to switch to legal, high-value food crops by using the model demonstrated by non-profits like Roots of Peace. The non-profit even put its development plan on the internet at Rootsofpeace.org to make it available to anyone.

Now, Afghan entrepreneurs are stepping up with their own money, not U.S. tax dollars. That sustainability of successful projects will slowly help Afghanistan's president achieve his dream of a vibrant economy, fueled by agriculture. It will be the legacy of a powerful partnership between Afghanistan, the U.S. Government, coalition forces and non-profits, like the Bay Area's Roots of Peace.