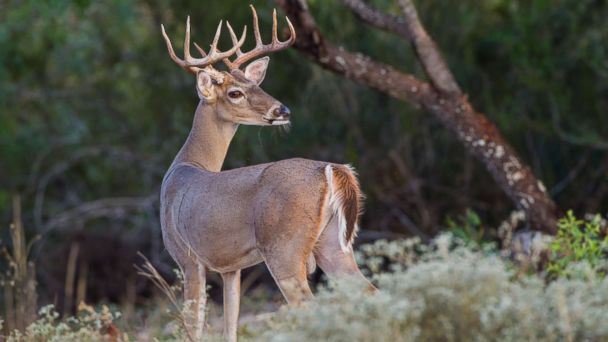 The Texas primaries this week showed that money isn't all there is in politics, but that doesn't mean campaigns in the Lone Star state don't involve big buck contributions.

Just about anything could make a difference in a tight race -- even deer semen.

A Democratic candidate for a seat in the state House, Ana Lisa Garza, received $51,000 worth of deer semen donations to her campaign last month.

Assigned a value of about $1,000 per straw, the donated deer semen was collected in a tank and put on an auction at an event hosted by the Texas Deer Association last month, according to the Dallas Morning News' initial reporting.

It is unclear how much the whole tank earned at the auction to fund Garza's campaign. Deer breeder Allan Meyer, who donated about $3,000 worth of semen straws to Garza, said deer semen is a valued commodity among breeders in Texas because that's the only way to bring specific desired genes in the herd.

Texas is a "closed border" state so deer are not allowed to be imported.

Meyer added that the semen market is also popular among breeders of other livestock such as cattle, horses and sheep.

For that reason, the value of each straw varies depending on the genetics it carries, such as body size, antler width, and longevity. The value can go as low as $100 a straw and as high as $9,500 for two straws.

Garza is one of only a few candidates that funded most of her campaign with the surprising form of non-monetary contributions, but deer semen has been a popular way to support political and charitable causes for years.

The Texas Deer Association's political action committee has received more than $1 million in deer semen contributions from its members since 2006.

Meyer donated $17,250 worth of deer semen to the group and said he also raised more than $100,000 through deer semen auctions for a charity foundation fighting cystic fibrosis.

"Whether it's charity or the PAC or somebody's illness, it's just trying to give back without having it to have to come out of your pocket," Meyer said.

Meyer identified himself as a Republican and said he donated to the Democratic hopeful because he saw Garza, who grew up on a ranch, as a person that could really understand farmers' interests and struggles.

"I think really the American way, finding somebody that can represent you and fight for you," Meyer said.