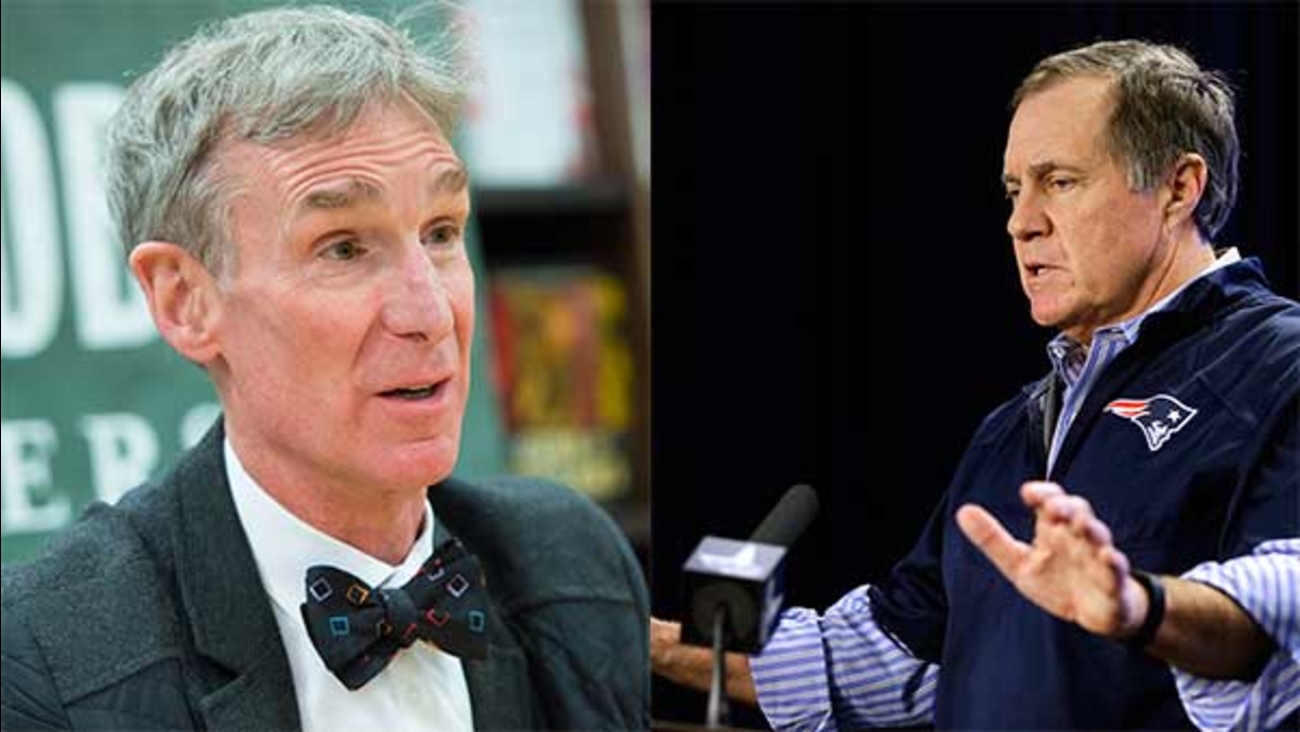 Was his science sound? Bill Nye doesn't think so.

Patriots fans and dissenters alike poked fun at the Saturday press conference, taking to Twitter to comment on the coach's explanations and giving him the nickname "Bill the Science Guy."

The real Bill the Science Guy, though, Bill Nye, was not convinced by the coach's claims.

"I'm not too worried with coach Belichick's competing with me," Nye told Good Morning America. "What he said didn't make any sense."

Among the reasons Nye found Belichick's science to be flawed was his claim that rubbing the football affected the inflation level of the balls.

"Rubbing the football, I don't think you can change the pressure," he told GMA.

The video of Nye's response is trending on YouTube thanks to fans of the science personality.

Nye, though, gave full disclosure, admitting a factor that may have influenced his stance: He's rooting for the Seahawks in the Super Bowl.