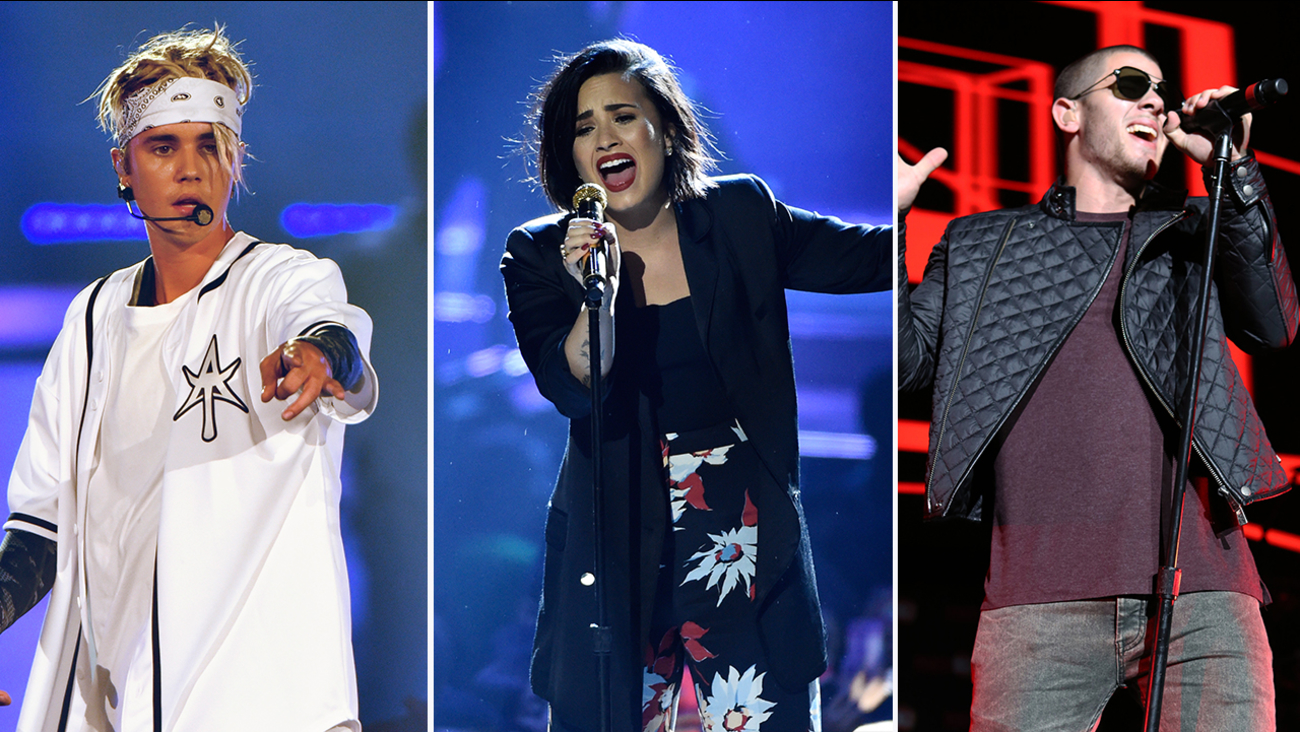 Justin Bieber, Demi Lovato and Nick Jonas are among the superstars who will be performing at the 2016 Billboard Music Awards. (Rob Grabowski/Invision/AP | Chris Pizzello/Invision/AP | Robb D. Cohen/Invision/AP)

With Justin Bieber, Rihanna and more taking the stage, the 2016 Billboard Music Awards will be one of the biggest music events this year. The show will also include a special tribute to Prince performed by Madonna.

The Queen of Pop will be honoring her good friend Prince, who passed away April 21, the show's organizers announced. They would not reveal any more details about Madonna's performance, which they called a closely-guarded secret.

Dion was added to the list on May 4, when it was announced that the singer would be receiving this year's ICON award. Past recipients include Prince and Jennifer Lopez.

Dion, whose husband died in January after a battle with cancer, will perform Queen's song, "The Show Must Go On."

Britney Spears, who will perform a medley of her biggest hits, will also be honored. The pop icon will receive the Millennium Award, which honors "exceptional achievements and influence in the music industry." Past winners include Beyonce and Whitney Houston.

In addition to the live performances, Adele will be debuting the music video for "Send My Love (To Your New Lover)" during the show. The song was released as a single on Monday.

These incredible performers won't be the only thing to look forward to at the 2016 Billboard Music Awards. The show will be hosted by Ludacris and Ciara, and will see stars like Adele, Drake and Taylor Swift compete for the award for Top Artist.

Here's a list of live performers you can watch at the awards show.