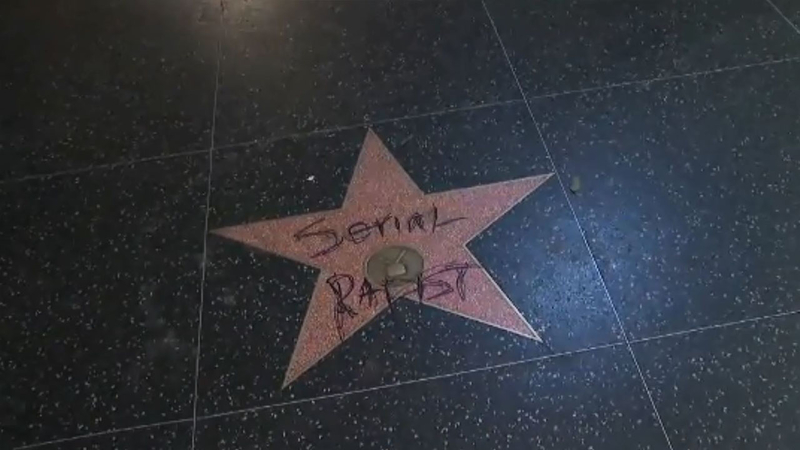 LOS ANGELES, Cali. -- Bill Cosby's star on the Hollywood Walk of Fame was vandalized with the words "serial rapist."

In April, Cosby, 80, was found guilty of sexually assaulting Andrea Constand at his suburban Philadelphia mansion in 2004.

However, he claimed the encounter was consensual.

Yet, this isn't the first time famed The Cosby Show" actor had his star attacked; in 2014, someone defaced it with the word "rapist."