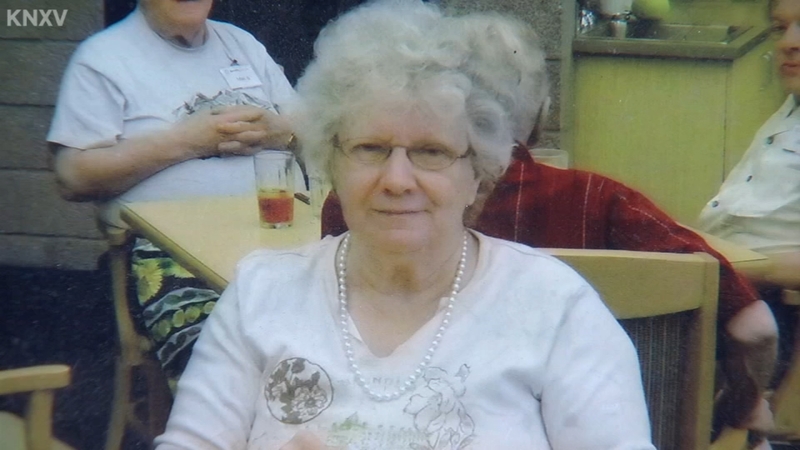 EMBED <>More Videos
PHOENIX, Arizona -- An Arizona man was distraught to learn that his mother's body was sold to the United States military for "blast testing," which involved strapping it to a chair before an explosive device was detonated underneath, an investigation revealed.

It's been more than five years since Jim Stauffer's mother died in hospice care. Seventy-three-year-old Doris Stauffer suffered from Alzheimer's disease during the last years of her life, but doctors say she didn't have the gene for it.

Doctors worried the disease may have mutated, and hoped to study her brain after her passing to find out more. When the time came though, her neurologist couldn't accept the body.

Her son hoped reaching out to other donation facilities could lead to the same result -- but that was not the case.

The Stauffers are one of a dozen families who still do not know what happened to bodies of the loved ones they donated to Biological Resource Center in Maricopa County, Arizona.

Jim Stauffer said he trusted BRC to get her brain to neurologists who could learn more about the disease, but now he knows what really happened.

According to an investigation by Reuters, Doris' body was sold to the U.S. military.

"She was then supposedly strapped in a chair on some sort of apparatus, and a detonation took place underneath her. To basically kind of get an idea of what the human body goes through when a vehicle is hit by an IED," Jim said.

Years later- the inside of Doris' home remains unchanged. Memories of her and the things she loved are still on display, including a small box filled with the only six ounces of her ashes her son got back.