YORBA LINDA, Calif. -- As firefighters achieved 16% containment of the wind-driven Blue Ridge Fire, which has burned 14,334 acres, all evacuation orders and warnings for thousands of homes in Yorba Linda, Chino Hills and Brea were lifted, authorities said Wednesday.

Seven homes have been damaged and one has been destroyed in the blaze, which erupted shortly before 1 p.m. Monday near the Green River Golf Club and the 91 Freeway. Officials previously said 10 homes were damaged.

Flames from two spot fires that jumped the 71 Freeway on Tuesday were quickly extinguished, said Capt. Jason Fairchild of the Orange County Fire Authority, one of several agencies assigned to the Blue Ridge Fire. The freeway remained partially closed to traffic on Wednesday morning.

The fire broke out on a day of intense Santa Ana winds throughout Southern California that triggered a red-flag warning for the area. Other fires around the region, particularly in Orange County have spread rapidly as some areas were seeing gusts in excess of 50 mph. Low humidity only added to the hazardous conditions.

"Winds will be much weaker this evening in the 20-25 mph range," Cal Fire said in a statement Wednesday. "Firefighters will take advantage of this evening's conditions to build containment lines."

The cause of the fire remains under investigation. Full containment is expected on Nov. 10, officials said.

A grant from the Federal Emergency Management Agency was secured Monday by Gov. Gavin Newsom. The grant will assist local and state agencies responding to the fire to apply for 75% reimbursement of their eligible firefighting costs.

RELATED | What to prepare in case of a wildfire evacuation 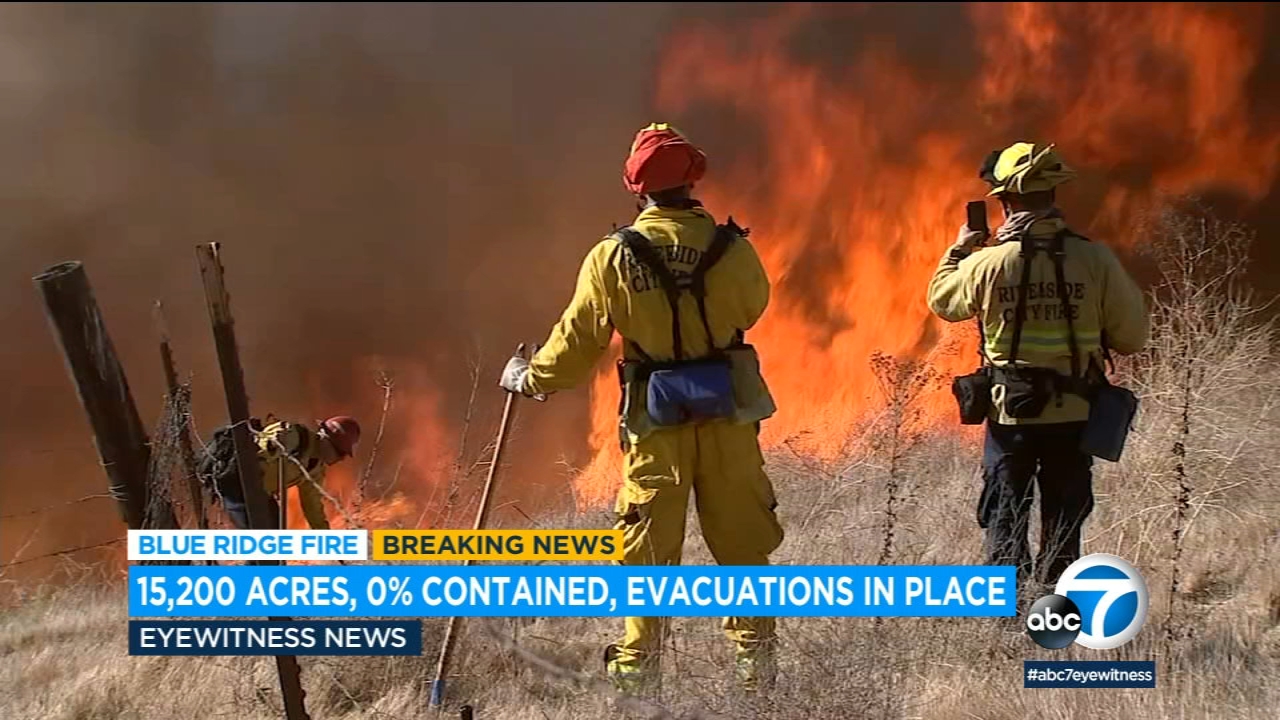