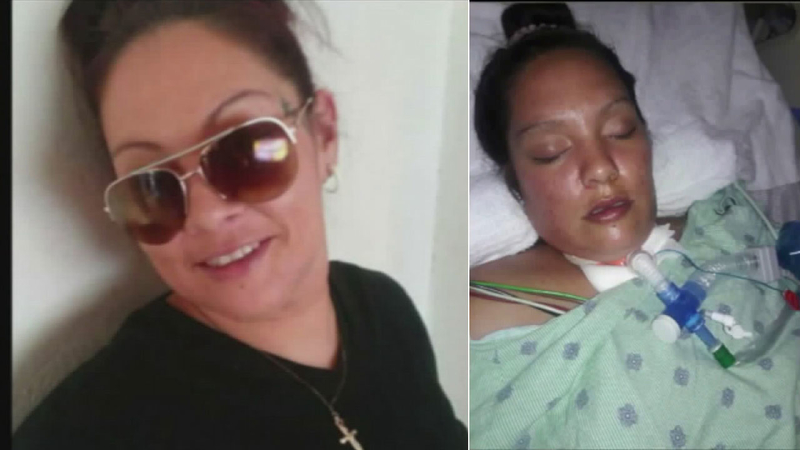 WALNUT GROVE, Calif. -- A Sacramento-area family is in shock after some nachos bought at a gas station convenience store landed a mother of three in intensive care.

Lavinia Kelly is one of at least five people who contracted botulism from nacho cheese sauce bought at Valley Oak Food and Fuel in Walnut Grove.

Botulism, caused by a bacteria-produced toxin, can cause a range of serious symptoms including muscle weakness and slurred speech related to muscle paralysis and can be fatal, according to the CDC.

"My phone rings and I pick up the phone and it's her and she can't articulate a word," Theresa Kelly said.

Lavinia drizzled the Dorito's she bought at the gas station on April 21 with nacho cheese sauce from the deli area. Sacramento County health investigators have linked the multiple causes to the store.

Lavinia Kelly's three kids and the rest of her family have watched her struggle to regain even the slightest function as the toxins she swallowed attacked her nerve endings. She's now spending her third week in intensive care.

"I've never seen my sister not have function of her body or be able to communicate," Theresa Kelly said.

The Kelly family has filed suit against the gas station for negligence.