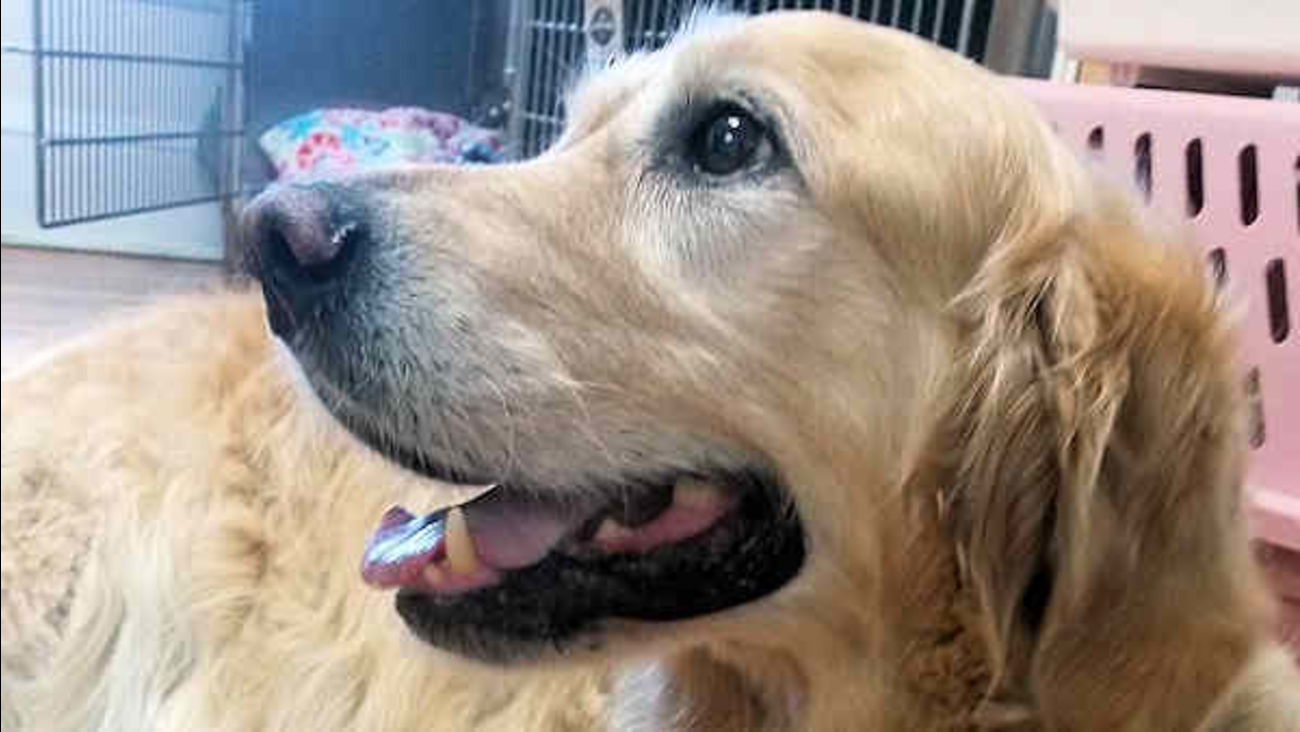 BREWSTER, N.Y. -- A seeing-eye dog is being hailed as a hero after he saved his blind owner from being hit by a school bus in Brewster, New York, Monday.

The incident happened on Michael Neuner Avenue while the mini bus was transporting two kindergartners.

Figo, a golden retriever, apparently threw himself between Audrey Stone and the vehicle.

The Journal News reports that police photos show the dog's fur stuck to the front of the driver's side wheel and in the street.

The woman suffered a broken elbow, ankle and ribs. Police say Figo's leg was cut down to the bone. 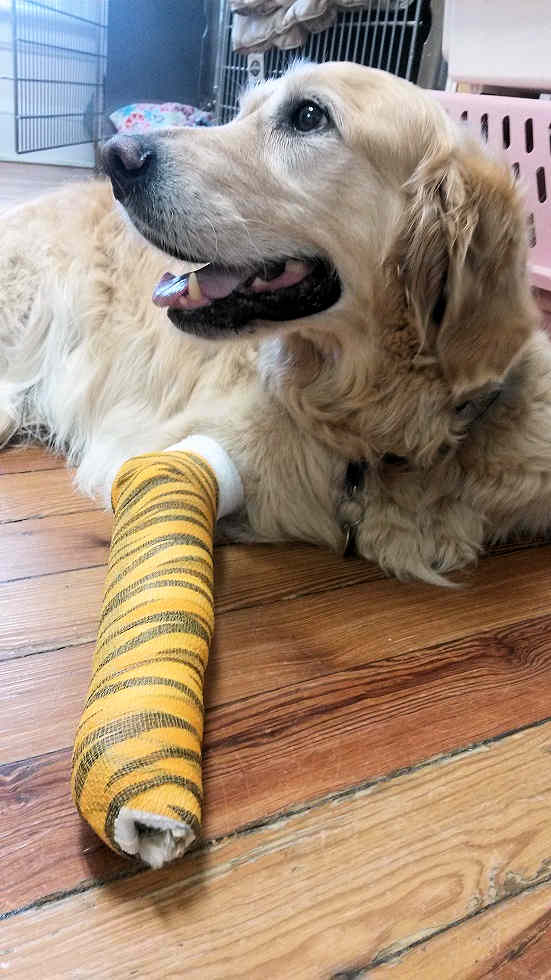 The bus driver, who was given a summons for failing to yield to a pedestrian, told police he didn't see the pair crossing the road. No one on the bus was injured.

"The dog took a lot of the blow," Brewster Police Chief John Del Gardo said. "And he did not want to leave her side. He stood right with her. He was there to save her."

Paul Schwartz, who manages a gas station at the intersection, ran over to help.

"The dog didn't want to leave her side," Schwartz said. "He was flopping over to her, and she didn't want him to get away from her, either. She kept screaming (Figo's name). We kept telling her he was fine."

The dog wasn't allowed in the ambulance; he was taken to the veterinarian in a fire vehicle. Figo and Stone were both visibly upset by the separation, Schwartz said.

"He let us wrap up his leg without any problem," he said. "He wasn't barking or crying or yelping. But he kept pulling toward her."

Stone was still hospitalized Tuesday in Danbury, the police chief said. Figo underwent surgery and has a leg splint. He'll remain at a veterinary hospital until Stone is able to care for him.

The driver was taken off duty while an investigation is conducted. The review will include dashboard cameras in the minibus and another bus that was in the area at the time, according to Steven Moskowitz, Brewster's assistant superintendent for human resources and technology.