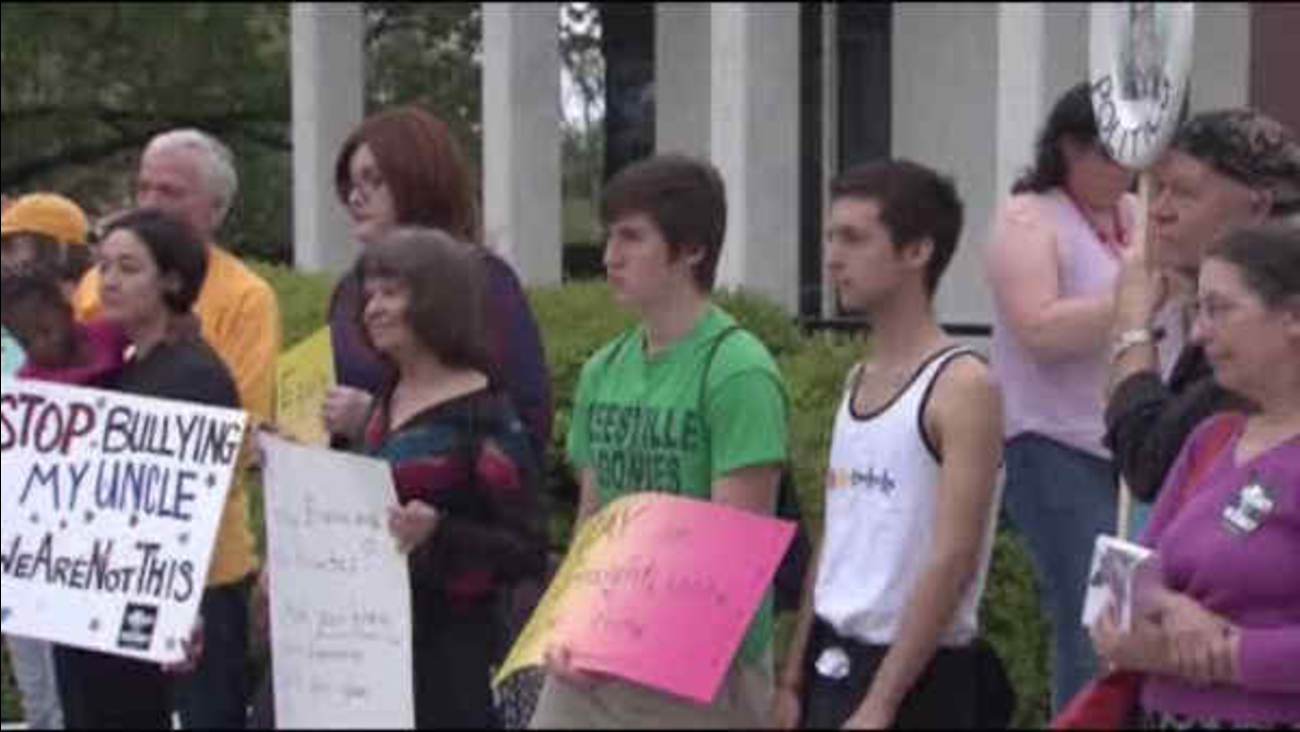 GREENSBORO -- A day of rallies at North Carolina's statehouse began Monday with the delivery of petitions signed by 180,000 people seeking the repeal of a law that curtails protections for LGBT people.

About 200 people gathered on the grounds of the old Capitol building to hear speakers denounce the law known as House Bill 2, or HB2. They then carried two-dozen cardboard boxes of signatures into the Capitol for delivery to Gov. Pat McCrory.

"HB2 ... is an act of violence," Joaquin Carcano, a transgender man who's suing over the law, told the crowd. "Our privacy and safety matter too."

The head of the state NAACP, the Rev. William Barber, called the law "Hate Bill 2." He said it affects the poor and minorities as well as the LGBT community, despite conservative efforts to depict it as a law focused on bathroom safety.

"We make a mistake when we call it the 'bathroom bill,'" he said.

Protesters also plan a mass sit-in inside the Legislative Building later in the afternoon. North Carolina legislators are returning Monday night for their annual work session. Several House Democrats filed legislation earlier in the day to repeal the law, although Republican legislative leaders who approved it in a one-day special session last month have expressed no interest in overturning it. GOP lawmakers have focused their discussion of the law to provisions requiring transgender people to use multi-stall restrooms that align with their biological sex.

Democratic Rep. Grier Martin of Raleigh, a bill sponsor, said the law has stained the reputation of the state and harmed it economically. Some companies have halted planned expansions because of the law, while many groups have canceled their scheduled conventions in the state.

If the repeal were approved immediately, Martin told reporters, "it would not undo with the swipe of a pen the incredible damage that House Bill 2 has done to our economy. But it would stop the bleeding and put North Carolina back on the path of progress and moving forward."

After the morning's speakers at the rally, smaller groups of the law's opponent broke off to discuss plans for civil disobedience, including what charges they may face and how the bail process would work.

Christian conservatives and other backers of the law scheduled a midday rally Monday on another nearby plaza.