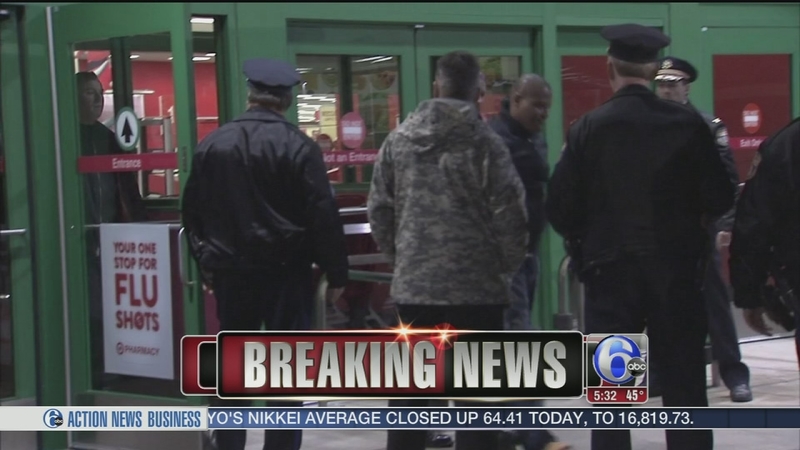 It happened at the Target in the 11000 block of Roosevelt Boulevard.

Action News was there just after 5:00 a.m. Wednesday as the two suspects were led out of the store and into a waiting police van, surrounded by a dozen law enforcement officials.

It was a dramatic end to a search that begin nearly four hours earlier.

Police were called by Target security at 1:15 a.m. Wednesday after a silent alarm went off, and security personnel found a back door sawed open and insulation pulled from the door.

Police say the suspects were seen in the area of the electronics department. Both had backpacks.

Responding officers spotted at least one of the suspects on the roof. That suspect then disappeared from sight. Police believed the suspect went back into the store.

Officers searched the aisles, the air ducts and kept an eye on the roof.

Finally at about 5:00 a.m. came word that the suspects had been collared.

Police found the two men lying on top of each other inside a ventilation unit on the roof of the massive building.

Among the items found inside the suspects' backpacks were a saw and walkie-talkies.

Both men were taken to Philadelphia Police Northeast Detectives for questioning.

Police tell Action News they believe the same suspects may be responsible for six other burglaries at Target stores in the area since mid-November, burglaries involving about $100,000 of merchandise.

Stay with Action News and 6abc.com for more information as it becomes available.