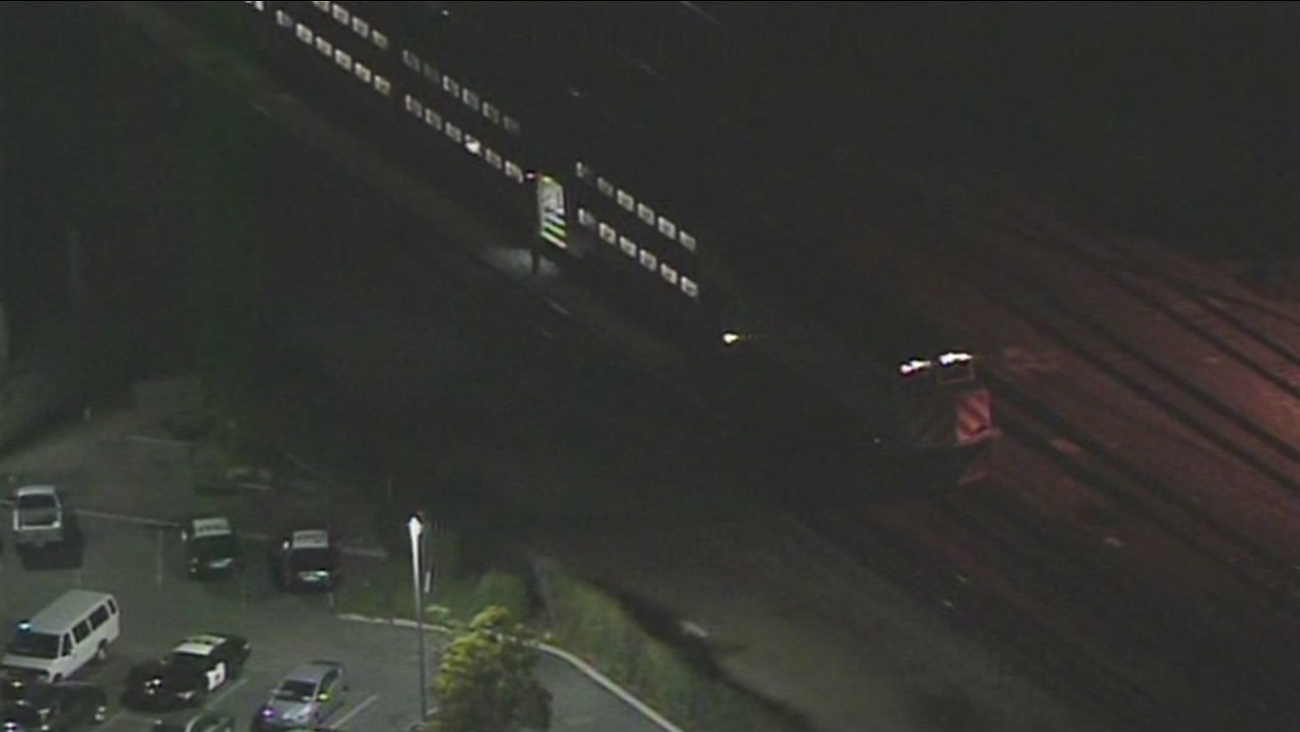 A Caltrain commuter train is stopped in Santa Clara, Calif. after a person was struck and killed on the tracks Monday, Nov. 16, 2015. (KGO-TV)

The person was hit at about 5:30 p.m. by a northbound train at the Santa Clara station, Caltrain spokeswoman Jayme Ackemann said.

Police and firefighters arrived there at 5:39 p.m., Ackemann said. The person was pronounced dead at the scene.

Trains holding in the area caused major delays for riders.

Confirmed fatality at Santa Clara. All trains are holding in area. #Caltrain

An earlier report of a train hitting a person proved to be unfounded. About 30 minutes earlier, a person walking on the tracks dropped a bag, which was struck by the train.