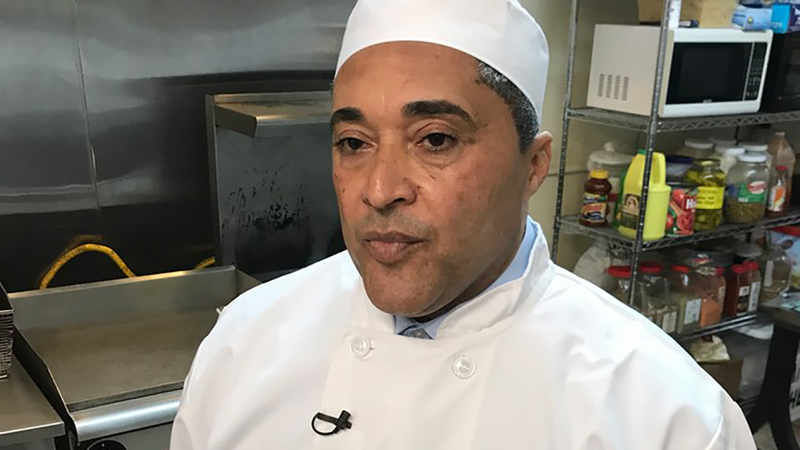 Man who became chef while in prison opens own restaurant

JERSEY CITY, N.J. -- A man who served 30 years in prison for selling drugs before being granted clemency is opening his own restaurant in New Jersey.

Candido Ortiz was 27 years old, high on life but breaking the law, driving luxury cars like Porsches and Corvettes while selling. But then it all came crashing down.

While in prison, he graduated from high school and trained to be a chef. He received every culinary certificate he could get and cooked for the entire prison. He became the head cook, managing 20 cooks and preparing meals for as many as 2,500 inmates each day.

Now, at age 57 and out of prison for one year, he is opening up his own place in Jersey City. He's been working 10 hours a day, seven day a week since his release about 18 years early, after President Barack Obama granted him clemency in 2016. And with $6,000 (all of his savings) and $25,000 from investors, he has opened El Sabor Del Cafe.

It means "the taste of coffee," and he explains all of his food tastes "as good as that."

He cried the day he learned he was done serving a 49-year sentence that many believed was too harsh. He is full of grace and grit and gratitude, ready for his second chance.