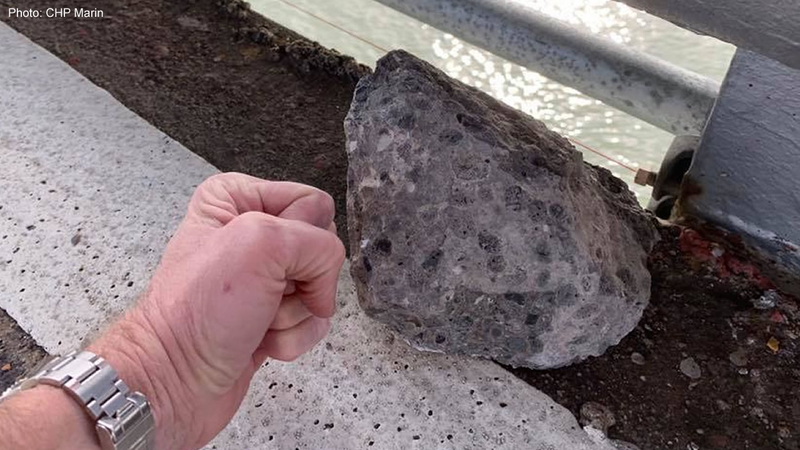 SAN RAFAEL,Calif. (KGO) -- The Richmond-San Rafael Bridge was closed due to falling chunks of concrete on Thursday. A high-level source who works with engineers on the bridge project tells me they believe they've identified the cause.

It's an expansion joint on the upper deck -- at the eastern end, southern edge -- just above where the concrete chunks landed on the lower deck. The source says heavy trucks have been hitting that expansion joint hard, opening spaces between the concrete and rebar, and allowing water intrusion.

What makes this more interesting is that the expansion joints were all supposedly replaced in the seismic retrofit in 2005, and the concrete repaired. Even after that, there were problems with concrete giving way on both the upper and lower decks, but not to the extent that we're seeing today.

One engineer who consulted on the retrofit tells me he's concerned about the different type of concrete used on that upper deck. It's 60 percent lighter, but not as strong. He says this appears to be basically an issue of wear and tear, and that they'll have to test the concrete on both the upper and lower decks. This bridge opened in 1956.

Take a look at full coverage on the Richmond-San Rafael Bridge closure due to falling concrete.

Take a look at for a look at more stories by Dan Noyes and the ABC7 News I-Team here.