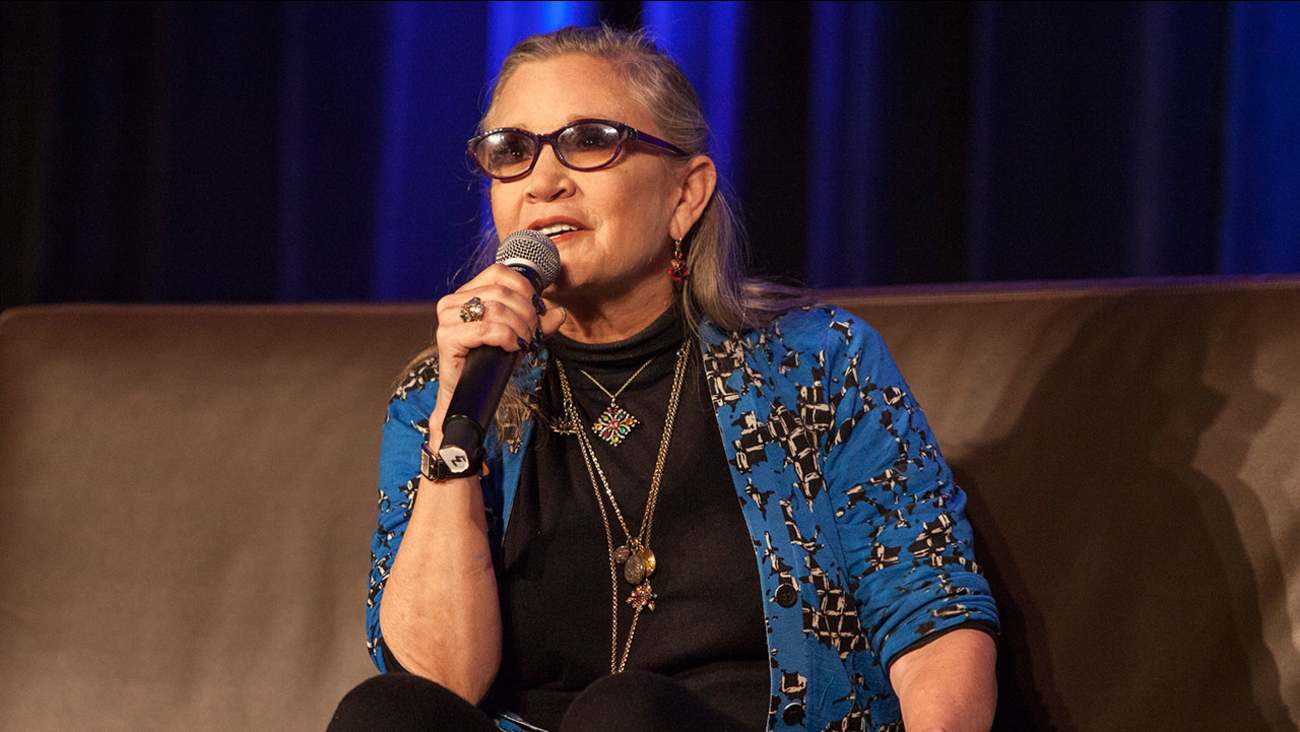 LOS ANGELES -- Carrie Fisher is in stable condition after suffering a medical emergency aboard a flight Friday.

Her brother, Todd Fisher, told The Associated Press that she was "out of emergency" and stabilized at a Los Angeles hospital Friday afternoon. He said he could not discuss any other details about what happened.


The 60-year-old "Star Wars" star experienced medical trouble during a flight from London and was treated by paramedics immediately upon landing in Los Angeles around noon Friday, according to reports citing unnamed sources. Celebrity website TMZ, which first reported the incident, said anonymous sources told them the actress suffered a heart attack.

Fisher's publicists and representatives for her mother, Debbie Reynolds, and her daughter, Billie Lourd, did not immediately return calls from the AP.

Los Angeles Fire Department spokesman Erik Scott said paramedics administered advanced life-saving care to a patient at Los Angeles International Airport Friday and transported the person to a nearby hospital. He did not identify the patient as Fisher.

The actress and author is considered a member of Hollywood royalty - her parents are Debbie Reynolds and the late singer Eddie Fisher.

Catapulted to stardom as Princess Leia in 1977's "Star Wars," Carrie Fisher reprised the role as the tough-as-nails leader of a galactic rebellion in three sequels, including last year's "Star Wars: The Force Awakens."

Fisher is best known for her portrayal of Leia, but she is also an accomplished writer known for no-holds-barred accounts of her struggles with addiction and mental illness.

Her thinly veiled autobiography "Postcards from the Edge" was adapted into a 1987 film version starring Shirley MacLaine and Meryl Streep. She transformed her one-woman show "Wishful Drinking," which played on Broadway and was filmed for HBO, was also turned into a book.

She has recently been promoting her latest book, "The Princess Diarist," in which she reveals that she and co-star Harrison Ford had an affair on the set of "Star Wars."

United Airlines said in a statement that the unnamed passenger was unresponsive.

as if 2016 couldn't get any worse... sending all our love to @carrieffisher

I ask everyone to stop for a moment and send special thoughts to @carrieffisher.