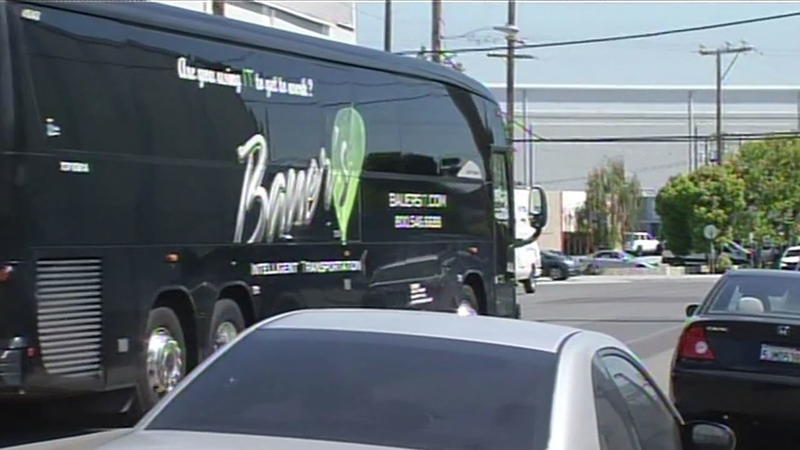 SAN JOSE, Calif. (KGO) -- San Francisco's transportation agency has injected itself into a labor dispute between a tech shuttle bus company and the teamsters union.

Eighty out of 400 drivers at Bauer's operate employee shuttles. The Municipal Transportation Agency (MTA) has put up a roadblock that could leave drivers out of work and people without transportation.

Bauer's operates shuttle buses between San Francisco and Silicon Valley to help employees get to their jobs. Many are tech workers, but clients include hospitals and smaller companies. A permit it needs to use Muni bus stops to load and unload passengers has been denied.

Bauer's is crying foul, blaming a failed attempt by some of its drivers to organize with the teamsters. The vote, taken last September, was 25 yes, 41 no.

The permit denial is rooted in action by San Francisco supervisors that allows a permit to be revoked or denied if there is a prolonged labor dispute. Teamsters Local 853 has been successful in organizing drivers the past year in at other companies.

Bauer says he's appealing the decision, which will allow him to continue to operate shuttle service. He says employees his buses transport are not facing a disruption.

The labor dispute between the teamsters and Bauer's is now before the National Labor Relations board after charges were filed by the union over the election.